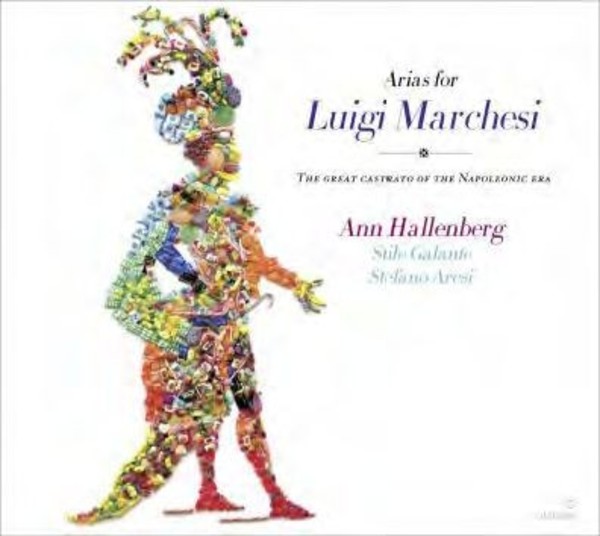 Recapturing the impact made by the colourful figure of the castrato Luigi Marchesi at the turbulent and revolutionary end of the 18th century has been a project embracing an exhibition, symposia, the publication of scores associated with the divo and this fabulous new recording performed by Ann Hallenberg, Stile Galante and conductor Stefano Aresi.

It has been possible, through painstaking work, to identify not just the principal operatic arias composed with Marchesi in mind, but also his special and astonishing brand of ornamentation and worked-out cadenzas, developed in the course of a career spanning five decades.

Possessed of a vast vocal range  some three octaves  Marchesi, called the 'Apollo of his times', was courted all over Europe, from St Petersburg to Vienna, London to Milan, Munich, Naples and Warsaw. He even rebuffed Napoleon Bonapartes entreaties to hear him sing in 1796.

The Swedish mezzo Ann Hallenberg ventures wholeheartedly into the musical mind of this extraordinary star of late opera seria in a vivid recreation backed not just by meticulous attention to the original instrumentation and ensemble configurations that accompanied Marchesi, but by access to some 200 contemporary accounts of the singers music-making.