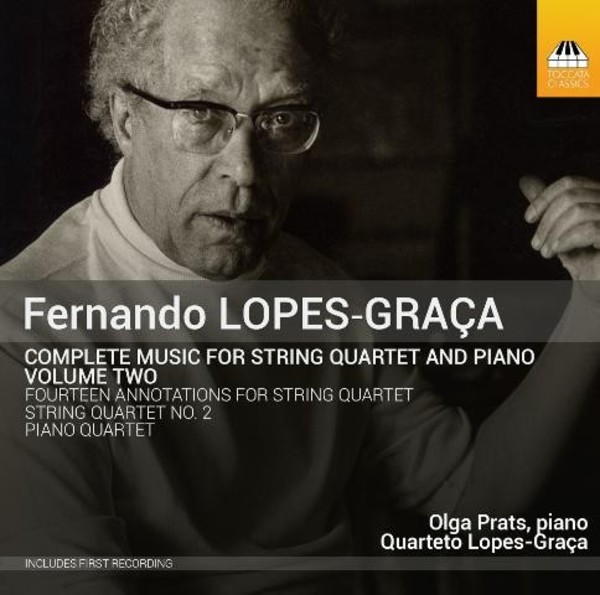 The composer Fernando Lopes-Graça (190694) was something of a Portuguese Shostakovich: as a committed socialist, he faced repression from Salazars right-wing dictatorship, his works were banned and he was stripped of his official positions. Lopes-Graça responded in music, evolving a feisty, wiry Bartókian style that drew on Portuguese folk-music.

This recording features Lopes-Graças own Bechstein piano, played by Olga Prats, who worked closely with him.

A Fanfare review of Vol.1 in this series said: the disc should be heard by 20th-century-music lovers: It introduces three of the most personally significant works of a strong, individual voice.

Olga Prats has long been considered one of the foremost interpreters of Portuguese piano music, and that of Fernando Lopes‐Graça in particular. She has a distinguished record as performer, in chamber music as well as a soloist and a teacher. She has worked closely with several leading composers and is the dedicatee of a number of works. She gave her debut recital in 1952 and thus has been active as a musician for over 60 years.

The Quarteto Lopes-Graça was formed at the National Conservatory School of Music in Lisbon by four of its teachers with outstanding solo and chamber careers, and has premiered the works of a number of major Portuguese composers.