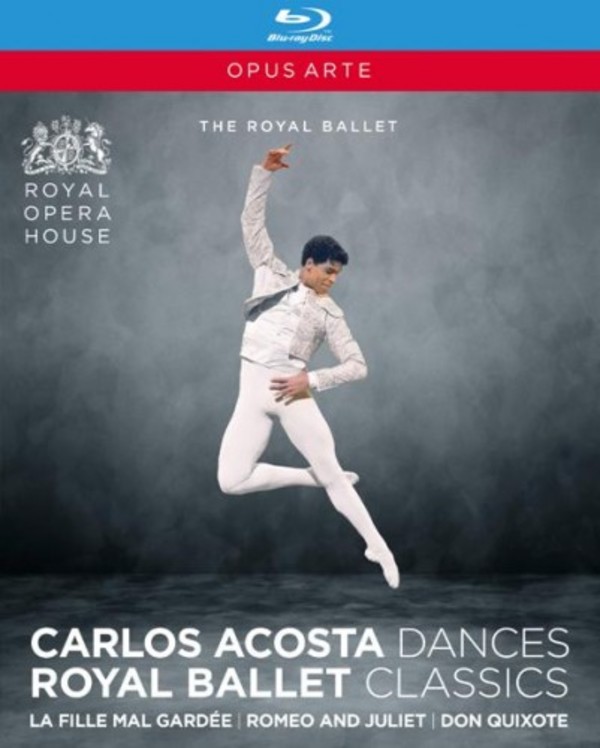 So memorably described as a dancer who slashes across space faster than anyone else, who lacerates the air with shapes so clear and sharp they seem to throw off sparks (Independent), Carlos Acosta has been at the forefront of contemporary ballet since his arrival at the Royal Ballet in 1998.

Here he sparkles in three of his most celebrated roles: the young lover Colas in the joyfully bucolic La Fille mal gardée, which received five stars from the Guardian, Times and Mail on Sunday; the innocent but doomed Romeo in Prokofievs sumptuously-scored adaptation of Shakespeares famous play; and, acting as producer and choreographer for the first time, as Basilio in Don Quixote, a production that wowed audiences thanks to its intelligent choreography and Acostas titanic determination, bullet-proof charisma [and] delectably trusting and playful rapport with costar Marianela Núñez (Daily Telegraph).

These three compelling ballets showcase Carlos Acostas world class reputation as a dancer and choreographer, bolstered by outstanding co-stars and artists of the Royal Ballet.


"Lavishly decorated and costumed in historical settings and danced sublimely by the cast." - IRR (Don Quixote)

"...Nunez is an excellent match for Carlos Acosta's whizzing solos and his cheerful eagerness as her admirer Colas. ...Altogether, a terrific show." - The Stage (La Fille mal gardée)