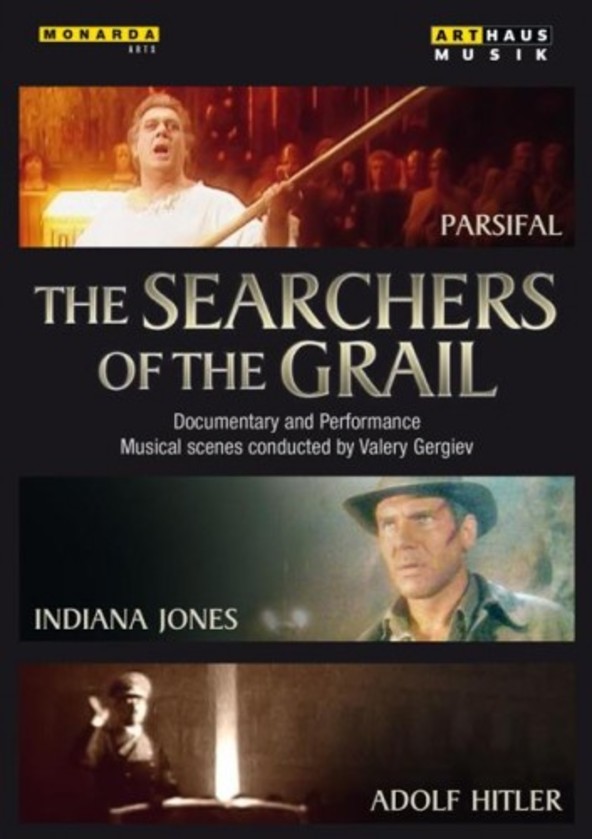 The Searchers of the Grail (DVD)

What do Adolf Hitler, Harrison Ford and Plácido Domingo have in common? All three of them wanted to find the Holy Grail, the cup from which Jesus Christ drank at the Last Supper, and which subsequently collected His blood as He bled on the Cross.

Hitler, the most dangerous dictator of all time, even identified himself with Parsifal, on his quest for the Holy Grail. Harrison Ford, alias Indiana Jones, engages in a fierce race for the cup with the German Nazis in 'Indiana Jones and the Last Crusade'. And Plácido Domingo is considered to be one of the best performers ever of Richard Wagners 'Parsifal'.

The Wagnerian opera and the three men mentioned above now meet in 'The Searchers of the Grail', a superb documentary by Tony Palmer.

Starting with a 'Parsifal' production starring Plácido Domingo in the title role, Violetta Urmana as Kundry, Nikolai Putilin as Klingsor and Matti Salminen as Gurnemanz, the film takes us to the gardens of the Villa Rufolo in Ravello, Italy, which had been a principal source of inspiration for Wagner; on to the actual stage in Bayreuth for a rare interview with Wolfgang Wagner, the composers grandson; and finally to Hollywood and Steven Spielbergs 'Indiana Jones'.

In an impressive way, Palmer weaves together documentary, fiction and the everlasting spell of the myth of the Holy Grail.