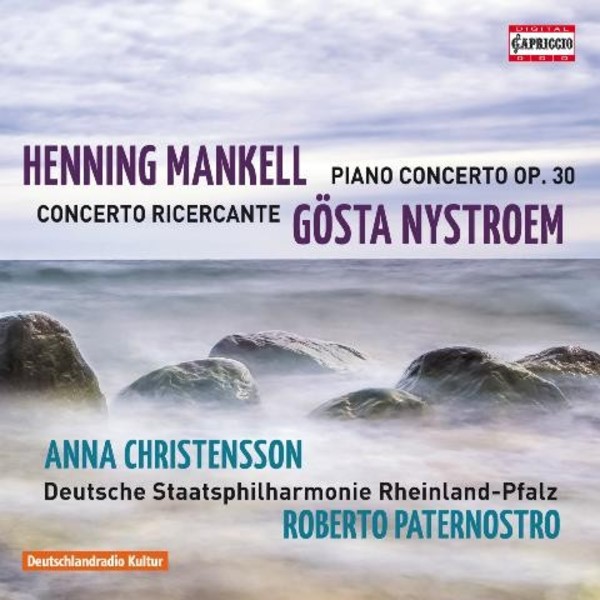 Henning Mankell (1868-1930), whose grandson and namesake has become one of Swedens most successful authors of crime novels, was himself a modest person, not very interested in a public career. Mankell earned his livelihood as a private teacher of piano and music theory in Stockholm, as a music critic and as a member of the board of the Academy of Music. If Mankells life was a tranquil one, his compositions were all the more colourful, at least those from the last two decades of his life. His works were given labels such as Impressionism or Futurism by the critics of the age. He was probably interested in French Impressionism, but he did not identify with it. Many of Mankells works, and especially the bolder ones, remained unpublished for a long time, but were still occasionally performed by musicians who recognized their value.

Gösta Nystroem (1890-1966) had an obvious talent both for pictorial art and music. He had a lifelong fascination for the sea and loved to be among fishermen, sometimes even taking part in their work at sea. Two composers had a special influence on him in Paris: Stravinsky and Honegger. For a few years, Nystroem used dissonance extensively, influenced by the style of The Rite of spring. Nystroem followed Vincent dIndys historically oriented teaching, which was of great importance to him, but his most inspiring teacher in Paris was the Russian music theorist Leonid Sabaneyev, with whom he worked for several years. The composer later declared himself to be both a great lover of absolutely pure music and an incurable romantic - a description that is relevant for this recording and also for his instrumental music in general.