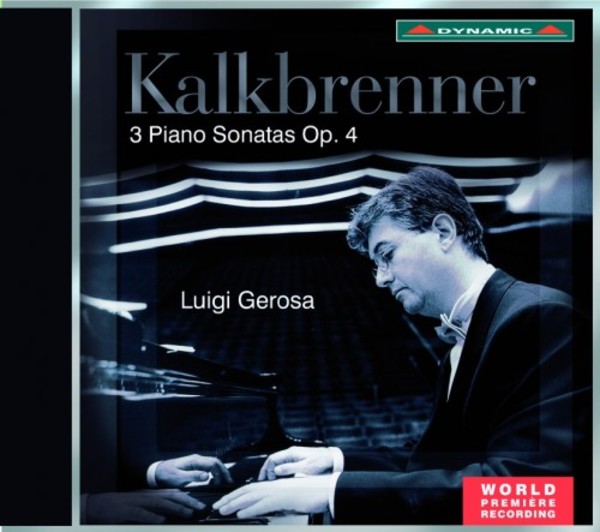 Around the end of the 18th century, the constant advancements of piano manufacturers led to a new figure of musician: the piano virtuoso. Clementi, Dussek, Hummel, Moscheles, Ries, Kalkbrenner, Steibelt, Field and Cramer were the protagonists of one of the most successful periods for the piano, which would culminate, around 1830, in the birth of a type of pianism (and of virtuosity) that was radically new as to form, contents and instrumental technique: the romantic pianism of Liszt, Thalberg, Chopin and Schumann.

Indeed, according to the critics, Kalkbrenner was, with Johann Nepomuk Hummel and Ignaz Moscheles, one of the most acclaimed and respected pianists of the day. Among the pianists of the romantic period, Fryderyck Chopin admired him and dedicated to him his Piano Concerto No.1 in E minor.

Kalkbrenner was a very prolific composer and published nearly 200 opus numbers, mostly dedicated to his instrument. The 3 Sonatas Op.4, published in 1809, clearly show Beethovens influence, mostly in terms of language and expressivity, but also  though less so  of technical difficulty.

Luigi Gerosa has performed in Italy and abroad both as a soloist  playing a repertoire that spans from Bach to the most important Romantic composers  and in chamber ensembles.