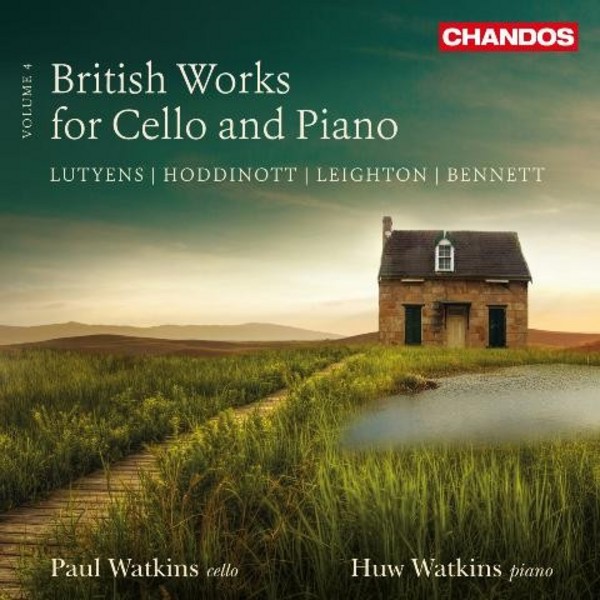 Partita for cello and piano, op.35

Partita for cello and piano, op.35

The cellist Paul Watkins and his pianist brother Huw present this fourth volume of British works for cello and piano. Remain[ing] by far the best recorded guides to his powerful and enjoyable repertoire, according to BBC Music, the Watkins brothers continue their exploration of what became a very rich and popular repertoire in British musical life of the last decades of the twentieth century, thanks to inspiring star soloists such as Paul Tortelier, Mstislav Rostropovich and Jacqueline du Pré.

Kenneth Leightons Partita opens with an intense lyrical Elegy, revealing English influences such as Vaughan Williams. The second movement is a Scherzo full of Walton-like syncopations and energy, and the work ends with a bell-like theme followed by free variations.

Similarly, Richard Rodney Bennetts Sonata ends with a theme  rising and falling in graceful curve  and a continuous sequence of variations, one of which is for piano alone. The other sonata, by Alun Hoddinott, is notable for its clear, open textures, often of two-part counterpoint.

Largely self-taught as a composer, Elisabeth Lutyens adopted a very special system of rhythmic notation, laid out in free time without bar lines, using three symbols for notes of different lengths. The constants of the title are four melodic and harmonic intervals which are used exclusively throughout the work.