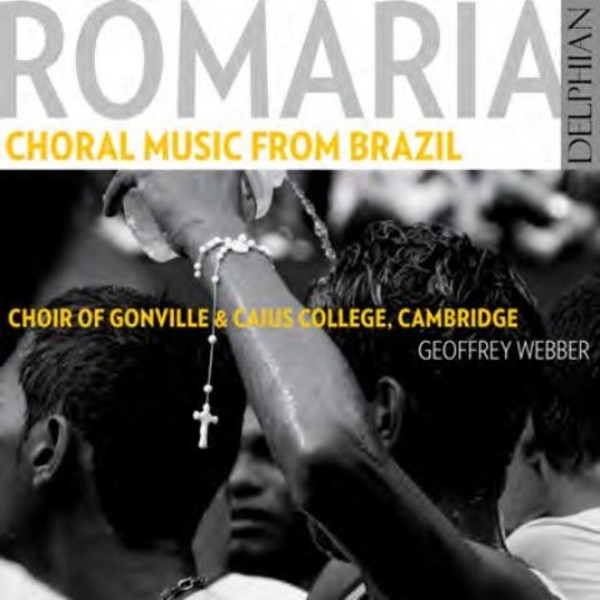 Romaria, a word suggesting pilgrimage, crowds and processions, evokes much of what is distinctive about modern Brazil  its mix of people, its vibrancy, its faith. This survey of modern Brazilian choral music reflects these qualities, as well as the natural wonders of this amazing land.

Geoffrey Webber and his ever-adventurous choir sing both sacred and secular works dating from the 1950s through to the present, in a programme developed in conjunction with experts from the University of São Paulos music department. This collaboration also led to the reconstruction of the rainforest soundtrack that originally accompanied Henrique de Curitibas inventive and unusual piece 'Metaphors'.

Founded in 1348, Caius College Choir is one of Britains leading collegiate choirs and this is their eighth recording on Delphian. Among the accolades they have received, their 2014 release In Praise of St Columba (DCD34137) was BBC Music Magazines Choral and Song Choice in September 2014, enjoying five weeks in the UK Specialist Classical Chart, as well as five star reviews both at home and abroad.

All are premiere recordings, except the works by Mahle, Fonseca, Prado and Villa-Lobos.