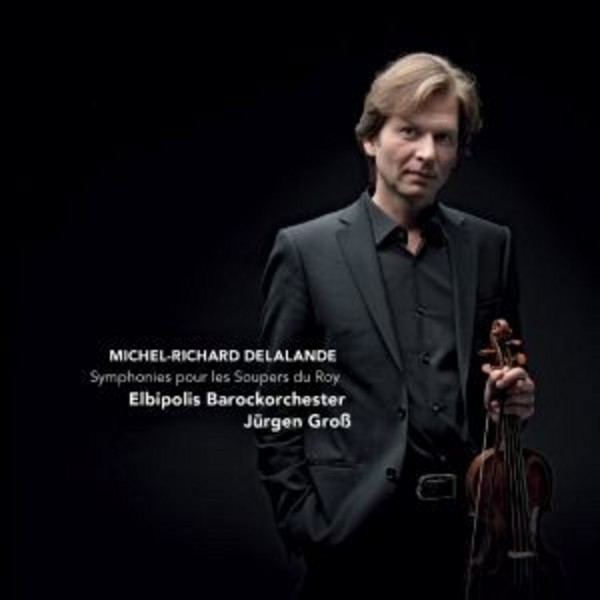 This recording by the Elbipolis Baroque Orchestra of Hamburg and conductor Jürgen Gross represents the first time that these works by the 17th century French composer Michel-Richard Delalande have been recorded in their original arrangements for five parts.

Delalande wrote his Symphonies pour les Soupers du Roy to be performed at special meals that the King of France attended. These were formal occasions and took place before an invited audience. In this context instrumental music played an important role, its magnificence reflecting the regents powerful self-image.

Michel-Richard Delalande assembled the first volume of his Symphonies pour les Soupers du Roy in 1703 and it contained 10 suites made up of 160 pieces. In all he wrote around 300 movements of this type. They are mostly short compositions, either using traditional dance models or presented as character pieces.

The Elbipolis Baroque Orchestra of Hamburg was established in 1999. The group has released two previous CDs for Challenge Classics. The first was devoted to the music of the early 18th century Dutch composer Johann Christian Schieferdecker (CC72531), and the second featured orchestral arrangements by Jörg Jacob of music by J S Bach (CC72625).

Jacob has a long-standing relationship with the Elbipolis Baroque Orchestra, both as performer and programme researcher. For this recording he has produced a complete reconstruction of the featured works.