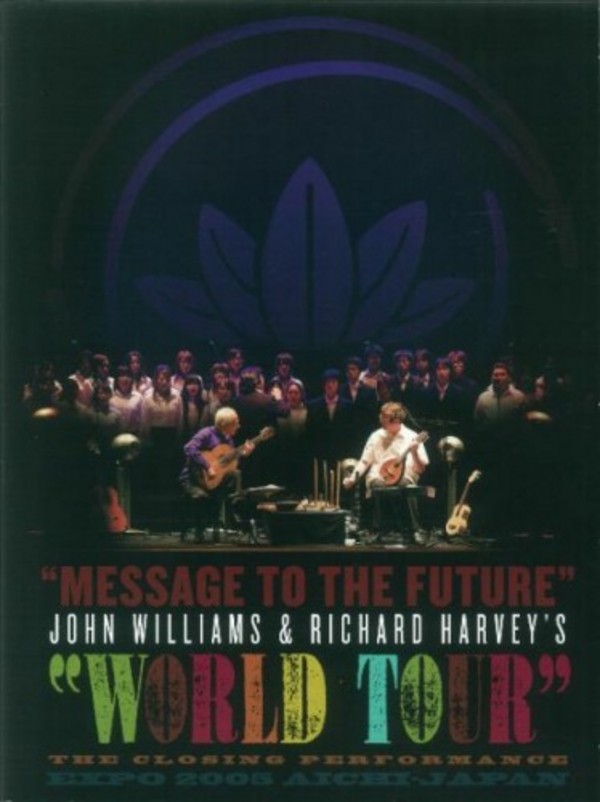 The live concert of John Williams and Richard Harveys World Tour was enjoyed by visitors at Expo 2005 Aichi Japan on 21st September 2005 at the Expo Dome. The theme of the Expo was Natures Wisdom, exploring the links binding humanity to nature. It gave visitors the opportunity to share and experience new technologies, social systems and lifestyles - the aim being to seek solutions to serious world issues by working together on a global scale.

John Williams duo with Richard Harvey has seen them travel throughout the UK, Europe and the Far East with their World Tour programme.

Born in Melbourne, Australia, John Williams is regarded as one of the guitars foremost ambassadors. He was originally taught by his father, afterwards attending summer course with Segovia at the Academia Musicale Chigiana in Siena, Italy, and studying at the Royal College of Music in London.

A graduate of the Royal College of Music in London, Richard Harvey has been led by his passion for musical instruments from all around the world, old and new, to work on a fascinatingly diverse range of projects. Richard started his composing career as assistant to the celebrated composer Maurice Jarre and since then has delivered scores for over 70 television and film projects. His work has been recognised with a British Academy Award and four Ivor Novello nominations.