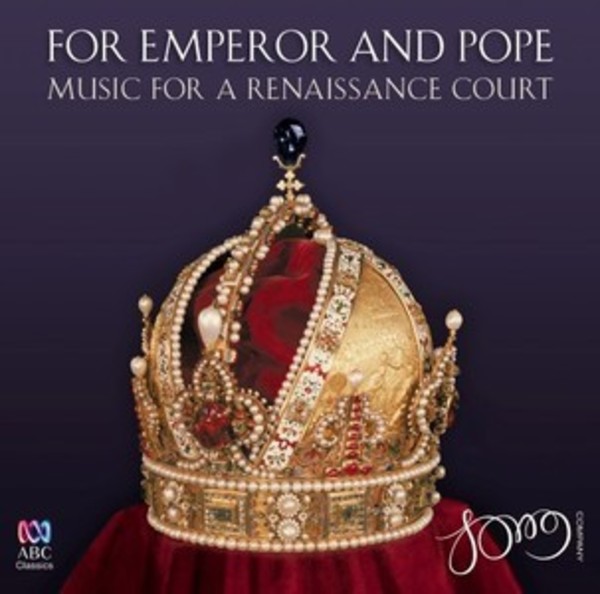 For Emperor and Pope: Music for a Renaissance Court

Alls von Got
O almechtiger Got

Alls von Got
O almechtiger Got

The Song Company here showcases a range of extraordinary vocal music from the northern European Renaissance, and with their small forces offer intimate and affectionate interpretations of lesser-known repertoire.

The 1500s witnessed an unprecedented musical flourishing within the German Empire, the diverse mosaic of medieval traditions providing the perfect breeding ground. This album presents the vocal works which were the jewel in this cultural crown: soaring polyphony composed for the most important chapels and courts of the day, alongside bawdy ballads to entertain in banquet halls and private chambers, blending the high art of the Flemish school with the sensuous freedom of the Italian style.

Historically fascinating and stunningly performed, this recording surveys the work of five composers - it celebrates the sacred and secular songs of the masterful Orlandeus Lassus alongside musical gems by his neglected contemporaries, presented in all the glory of their Renaissance origins.

The Song Company is one of Australias leading vocal ensembles, and in this recording settle effortlessly into the musical style, whether the texts are in Italian, Latin or German. Under the Artistic Direction of Belgian conductor Roland Peelman, it consists of several of Australia's most exciting voices.

Established in 1984 by Charles Colman, the ensemble has already earned itself an enviable reputation covering a range of vocal music from twelfth century to the present day, including many contemporary compositions by Australian composers. The Song Company has performed at some of the worlds most prestigious venues and has been hosted by major festivals in Europe, including the Flanders Festival, Utrecht Early Music Festival and the Budapest Music Festival.