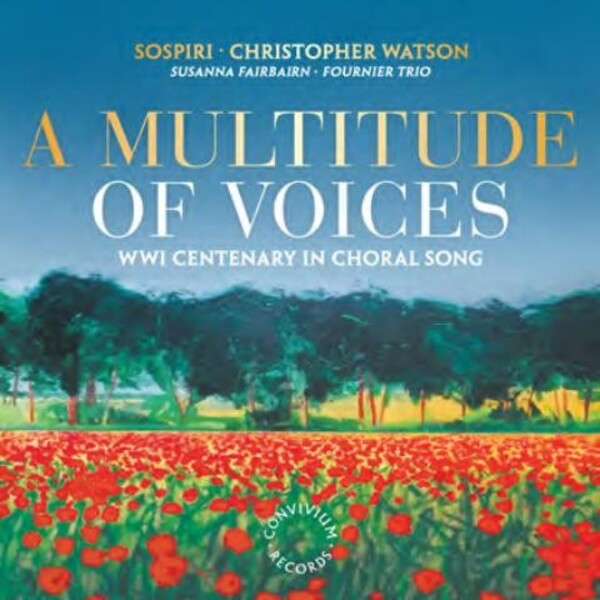 A Multitude of Voices: WWI Centenary in Choral Song

As it was
The empty page
Urtod

Standing as I do before God

As it was
The empty page
Urtod

Standing as I do before God

This project was conceived to add substantially to the choral repertoire for Remembrance and to mark the centenary of the outbreak of war with a collection that offered a broader view of the war, reaching beyond the dichotomy of war is noble/war is hell.

Composers were asked to look outside the poetical canon and consider texts by women, neglected poets and writers in languages other than English, resulting in a collection of personal responses to texts that the composers picked themselves.

Most of the male poets featured here died on the Western Front, although Apollinaire perished in Paris in the influenza epidemic, and Stramm was killed on the Eastern Front. We get an insight into the extraordinary courage of the nurse, Edith Cavell, and a view of the Home Front from Charlotte Mew.

Four of the new pieces use texts by Edward Thomas, highlighting the regard in which he is now held. Perhaps, more than any other, he gives us a glimpse into another world.

Sospiri is an Oxford-based amateur choir, formed in 2006 by composer John Duggan and singer Christopher Watson. Recent releases include a collection of Lamentations on the Naxos label. Sospiri has a particular focus on juxtaposing old pieces with newly written ones, with the unifying thread of texts connecting them.