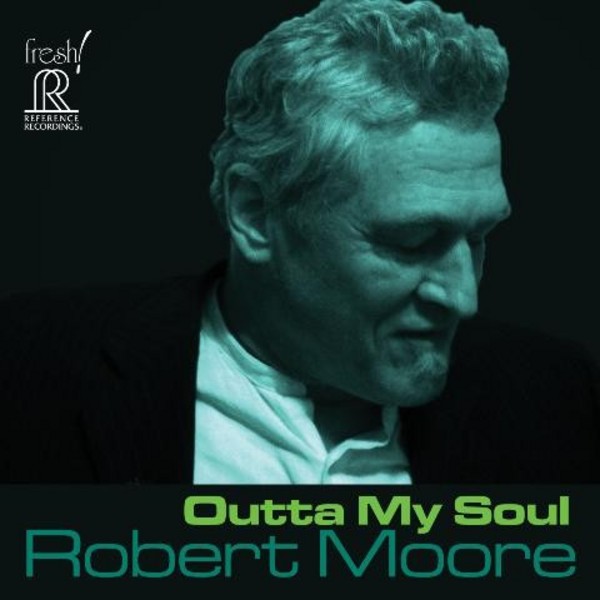 New to our Fresh! series is Portland Oregon based jazz vocalist, composer, trumpet and harmonica player Robert Moore. He has evolved a sound uniquely his own, mixing his Southern roots, influences of soul and gospel into his own distinct interpretations of bebop and swinging jazz.

A long-time resident of Birmingham, Alabama, Moore has been heard in Southern jazz clubs from New Orleans to North Carolina, moving his base to Portland, Oregon, where he performs regularly. In Japan, where American jazz is particularly revered, his tours have been received with wild appreciation and enthusiasm. He has released four previous CDs.

Produced by Robert and recorded in high-resolution by innovative engineer Bob Stark, the album combines creative arrangements and outstanding performances by many of Portland's best musicians in a wide variety of settings from two to twelve.

Whether leading with his horn into familiar standards, scatting imaginative lines straight from the heart, blowing creative lines on the harmonica, or exposing listeners to interspersed originals, Moore cuts to the heart of a song, opening up sounds in new ways and winning fans with his frequent wry notes of humour.

And if Birmingham surprises you as a town for Jazz, thats only because you havent heard Robert Moore. Yet. - Bart Grooms, Black &White Magazine

this music is more than notes emanating from vibrations of vocal cords, reeds, strings and drum heads ...the audience was spellbound, captivated by this nights major magic ...moments of silence while the hypnotic wisps of poetic melodies float through the air... ensemble maximus - Unkie Buck, Portland MusicScene