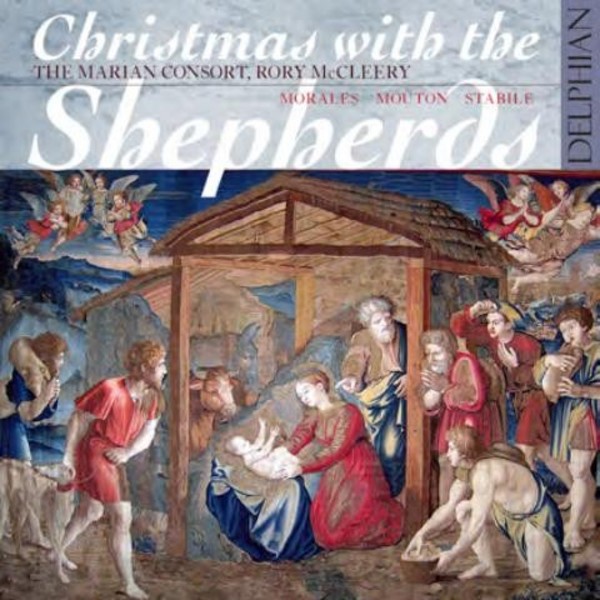 A Christmas programme with a difference: Rory McCleery and his acclaimed consort echo the shepherds noels through a motet by Jean Mouton which, astonishingly, remained in the repertoire of the Sistine Chapel for over 100 years after its composition around 1515. So famous already by the middle of the century, when Cristóbal de Morales was engaged as a singer in the papal chapel, that Moutons motet would form the basis for a mass by Morales; and, later still, a new motet to the same text by Annibale Stabile.

A world premiere recording of the latter work crowns this unique programme, drawn from new performing editions by McCleery himself.

Taking its name from the Blessed Virgin Mary, a focus of religious devotion in the sacred music of all ages, The Marian Consort is a young, dynamic and internationally-renowned early music vocal ensemble, recognised for its freshness of approach and innovative presentation of a broad range of repertoire. Under its founder and director Rory McCleery, this astounding (The Herald) ensemble has given concerts throughout the UK and Europe, features regularly on BBC Radio 3, and is a former Young Artist of The Brighton Early Music Festival.

Music for the Queen of Heaven: Contemporary Marian Motets