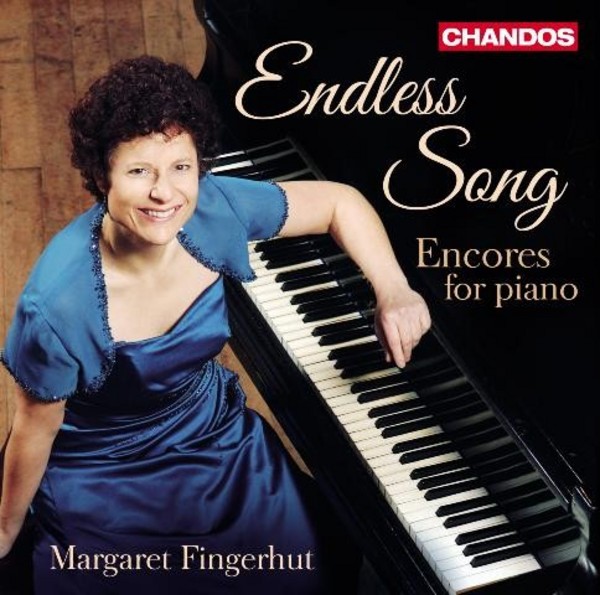 Pianist Margaret Fingerhut presents a collection of encore-like pieces that explore the way in which composers have transformed the piano, in essence a percussion instrument, into one that can sing. A highly personal disc, it has come about after a recent period of injuries threatened Fingerhuts own song  her ability to play the piano.

The disc takes its title from John Metcalfs beautiful piece of 1999, the most recent work on the programme. Its lilting melody, suggestive of folksong or lullaby, takes us back to Felix Mendelssohn who established the enduring notion of the Song without Words. He composed eight volumes of such short and simple pieces, two of which are recorded here.

Liszt, the master transcriber, took a very different approach in his virtuoso arrangements of songs by Schubert, Schumann, and Chopin. Nodding toward popular music styles, Poulenc paid affectionate tribute to Edith Piaf in his Improvisation No.15 while Gershwin brought together his own sparkling song transcriptions in George Gershwins Song-Book, six of which Fingerhut has selected.

Folksong and musical nationalism infuse the evocative works by Suk, Albéniz and Guastavino recorded here. Two pieces by one of the most celebrated melodists of all, Rachmaninov, complete the disc: Mélodie, Op.3 No.3 and the famous Vocalise, Op.34 No.14, originally written for a vocalising singer.