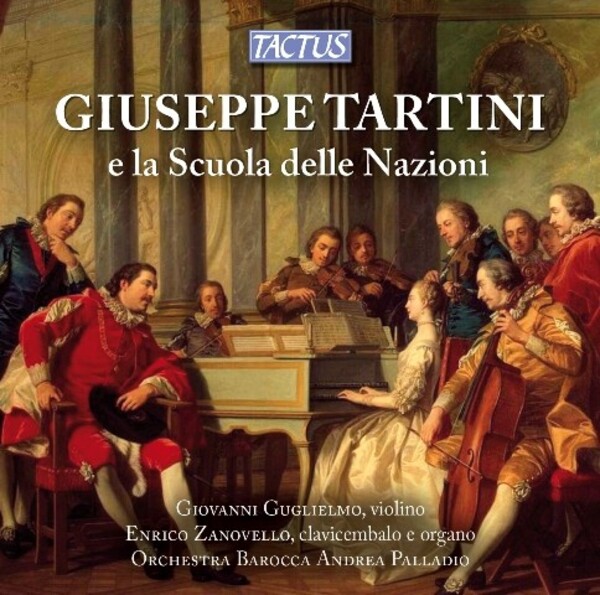 Giuseppe Tartini and the School of Nations

Duetto no.6 in C major for 2 violins

Duetto no.6 in C major for 2 violins

An autograph memoir written in 1767, in his old age, by Tartini (who had been concert master in the Basilica of St Anthony in Padua since 16 April 1721) contained a report about his income of the last forty years. Here he also mentioned his activity as a music teacher in Padua, which had started in 1727 and was addressed to groups of two to ten students, including some talented but poor ones who did not pay for his teaching.

What Tartini was referring to was the so-called 'School of Nations' - the private activity as a violin and counterpoint teacher that he carried out at the same time as that for the Basilica of St Anthony as 'first violin and concert master'. This name was given to Tartinis school because in forty years he taught music to countless violinists who came to Padua practically from all over Europe.

In a letter to the secretary of a German count, Tartini declared that he had "many Protestant and Saxon students, and Prussian, Dutch and English ones". Thanks to these students, Tartinis violin technique and style were disseminated all over Europe, particularly at the courts of Dresden, Stuttgart, Munich, Würzburg and Paris.