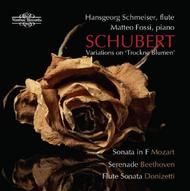 Although there exists a wealth of music for flute from the Classcal period, it is probably true to say that the greatest composers of the era  Haydn, Mozart, Beethoven, Schubert  composed relatively little of it, perhaps because none of them was a flautist.

The Sonata in F major, K.376 was composed in Vienna in the summer of 1781, by which time Mozart was writing true duo-sonatas, the two instruments keeping close company yet each handling the materials in its own characteristic way. And this largely serene work consistently shows the light touch of a master.

In the early 19th century, it was not that unusual to encounter some of Beethovens string quartets being played with a flute replacing one of the violins. Yet he wrote very little original chamber music for flute, his only mature and substantial contribution to the instruments repertoire being the Serenade, op.25 for flute, violin and viola, written in 1801. In 1803, the Bohemian composer Franz X Kleinheinz (1772-1832) arranged this work for flute and piano. The arrangement was obviously carried out with Beethovens full approval, and was presumably Beethovens idea in the first place, as he is known to have checked it over and sanctioned it.

Much of Donizettis chamber music was composed for domestic performance. The Sonata in C minor for flute and piano is dated Bergamo, 15 May 1819. The Sonata, cast in a single movement, is a highly agreeable little work that puts both performers elegantly through their paces.

Franz Schuberts only significant work for flute is an offshoot of his famous song-cycle Die schöne Müllerin, completed in November 1823. It may have been composed for Schuberts friend Ferdinand Bogner, a professor of flute at the Vienna Conservatory, but it remained unpublished  and perhaps unperformed  until 1850, when the work was issued posthumously as Schuberts op.160. Since then it has formed an essential part of the flute repertoire.

Hansgeorg Schmeiser began his music studies with Gottfried Hechtl at the Academy of Music in his home town of Graz. He followed this by studying with Alain Marion in Paris and Wolfgang Schulz at the Vienna Academy of Music, from where he graduated with distinction in 1982. His busy programme of solo and chamber music work has taken him all over Europe and also to Japan, Taiwan and Korea, where he regularly gives masterclasses. Hansgeorg Schmeiser makes regular guest appearances with the Vienna Philharmonic and for many years has also been a member of the Vienna Chamber Orchestra. 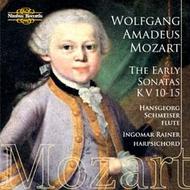 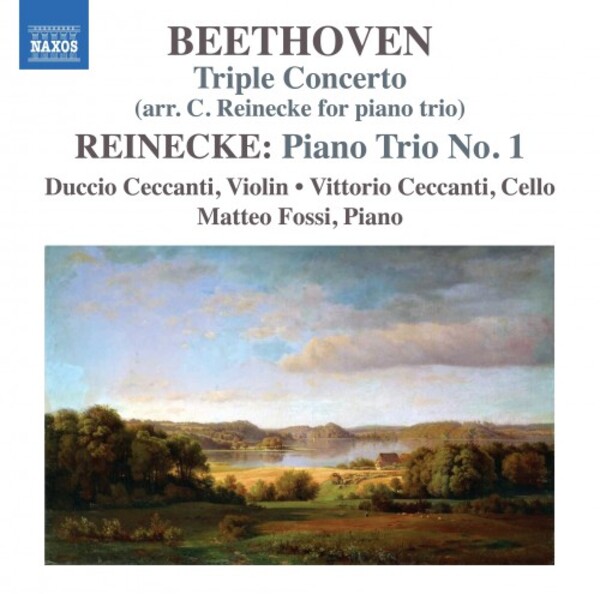 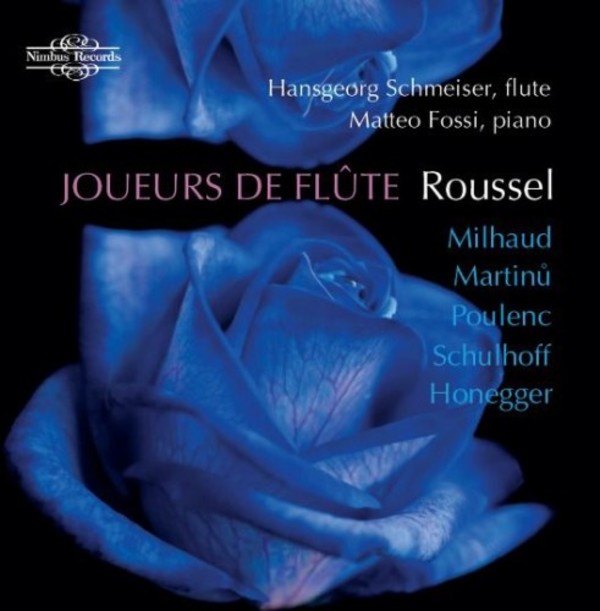 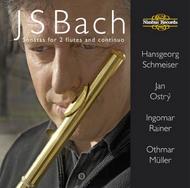 Bach - Sonatas for 2 Flutes and Continuo 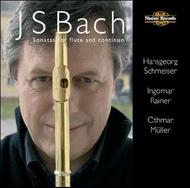