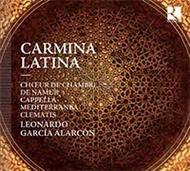 A Belen me llego Tio

A Belen me llego Tio

After the conquest of the Americas, Spanish and Portugese clergymen and musicians brought their entire polyphonic tradition to these new lands. Some of these musicians settled in Latin America, with Juan de Araujo in Peru and Tomas de Torrejon y Velasco in Argentina. Others were born in the New World: Gaspar Fernandez was born in Mexico and remained there during his entire career.

The extensive libraries of music of the great churches of Latin America also preserved a large number of manuscripts that often contained pieces that had completely disappeared from European collections. Although the above musicians introduced their polyphonic skills to the New World, they were also seduced by local popular traditions, going so far as to adapt texts used in Roman Catholic liturgy to the local native languages.

Hanacpachap, recorded here, was the first sacred work in a native language to be published in Latin America. This developmental shift in the Iberian polyphonic tradition is demonstrated by the works on this CD, one of them being Cererols Missa de batalla: this was composed for three choirs and is one of the most important Spanish Masses from the beginning of the 17th century.

This recording, an exploration of sacred and secular music in the New World during the first years of the Baroque period, was made at the conclusion of a successful concert tour that formed part of the Festival de Wallonie 2012.