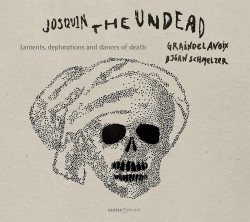 The past twelve months have been another roller coaster for most of us, as normal life (whatever that might mean) has struggled to get going, in a rather stop-start manner, against a background of continued challenges and restrictions, even for those of us lucky to live in regions with effective health and social services. Many who work in the arts have been forced to re-evaluate priorities, with some forced to leave the sector altogether, while others have had their working lives completely upended. Overall, however, the performing arts have proved surprisingly resilient, with many organisations moving mountains to keep performances  recorded, streamed or with live audiences in situ  going.

For the Spin Doctor, a key moment was when live performances resumed in our home town of Nottingham back in mid-June. Within the space of a heady week back in June, three concerts took place at the citys Royal Concert Hall. Two of these were chamber music concerts, performed in front of a masked, socially-distanced and sensitively-marshalled audience occupying just the stalls area. Organised by the University of Nottinghams Lakeside Arts, these concerts would normally have taken place at the Universitys own Djanogly Recital Hall, but the larger space afforded by the Royal Concert Hall was essential for social distancing to be maintained.

With many older audience members still wary of going out, there seemed to be a wider age range in attendance than usual, and they witnessed two spell-binding concerts in which performers and audience seemed to be equally grateful to be back again. The first was a programme from the marvellous Sacconi Quartet that coupled two classical Viennese string quartets  Haydns joyous Op.52 no.2 in C major and Schuberts haunting A minor Rosamunde, D804  with Ravels glorious F major Quartet. All around, you could feel the love for the music and the on-stage artists, in performances of urgent commitment.

A week later, the award-winning Leonore Piano Trio gave us a programme firmly situated in central Europe. Beethovens G major Piano Trio, op.1 no.2, bursting with youthful energy, was coupled with Josef Suks exquisitely affecting Elegie, op.23, and Dvořáks F minor Piano Trio no.3, op.65, a Brahmsian undertow coupled with Slavic passion. Once again, the audience were enthralled, and though the hall was much larger than usual for such a concert, it really felt as though the performers were so close that you could touch them (not allowed, of course, in these circumstances more than ever!).

But magical as these two chamber concerts were, the highlight of this concentrated re-engagement with live music came on the weekend in between, when Opera North their first visit to Nottingham for some 18 months for a performance of perhaps the ultimate lockdown opera: Beethovens great rescue-drama Fidelio. This was a concert performance, but with a few nods towards semi-staged interaction between the characters  as far as regulations at the time would allow. A scaled-back orchestra and chorus (with largely single wind) made a surprisingly full impact under Paul Daniels incisive, impassioned direction. The cast  headed by a radiant Rachel Nicholls as Leonore, with Toby Spence and intense, tortured Florestan, Brindley Sherratt as a very human Rocco and Robert Hayward a menacing Don Pizarro  gave it their all and were rewarded with the warmest possible applause from the audience (still socially distanced and masked, but now spread throughout the halls three levels). This was a performance that, thanks to a unique set of circumstances, will live long in the memory.

If the reintroduction of live performances gave a metaphorical shot in the arm (just what the doctor ordered!), the situation with recordings has been equally impressive this year. The full effects of the prolonged 2020-21 lockdowns on recording schedules have yet to be felt, but this years new releases, if a little fewer in number than usual, have been of unusually high quality. Were not always able to review all the discs wed like here at Europadisc, so the Spin Doctor decided to select an alternative and entirely personal Disc of the Year. (Our usual Top Ten, all drawn from our weekly reviews, will be revealed at the end of the year!)

Three releases from what some might feel to be opposite extremes of the repertoire spectrum have made a particularly deep impression this year. A disc of madrigals by Michelangelo Rossi (c.1601-1656) from Ensemble Domus Artis under Johannes Keller reveal an astonishingly adventurous harmonic language in wonderfully intimate performances that took our breath away. Similarly breathtaking, but of more recent provenance, is a double album of the complete piano works of Brian Ferneyhough, played with dazzling technique and enormous commitment by Ian Pace. Born in Coventry but active mainly in Germany and the United States, Ferneyhough has often received much less attention than he deserves in Britain, and the extremely demanding nature of much of his music has made performers and promoters wary, yet he is widely regarded as belonging to the greatest British composers of our time. This wide-ranging collection of works from 1965-2018 deserves to be heard by anyone interested in piano music and new music of the last half century or so.

The Spin Doctors pick of the bunch, however, is a disc that pays homage to the foremost of this years anniversary composers: Josquin Desprez (c.1450-1521). Entitled  appropriately, once youve read the very persuasive booklet notes  Josquin the Undead, it presents laments, deplorations and dances of death from Tielman Susatos Septièsme livre of 24 five- and six-part chansons published in Antwerp in 1545. This repertoire  almost all of it by Josquin, plus three posthumous tributes to him  already explored this year on a Ricercar release from the Ensemble Clément Janequin. This Glossa release, however, could scarcely be more different. The performances, by the Antwerp-based ensemble Graindelavoix under the iconoclastic direction of Björn Schmelzer, take liberties with almost everything you can imagine  speeds (often stretching out the music to alarming lengths), ornamentation, instrumental participation, even intonation  yet the results are completely immersive, drawing the listener relentlessly into the musics orbit and making just about every other performance (including such admired groups as The Hilliard Ensemble, The Gesualdo Six and Stile Antico) sound positively twee by comparison.

Like all of Graindelavoixs recordings, from Maronite and Byzantine chant via Machaut and the ars subtilior to Gesualdo, this is one that takes risks and makes bold choices, the sort that are possible (and, arguably, necessary) in repertoires about whose performance traditions we know shockingly little. Throw in a bonus of exquisite masterpieces by Gombert, Vinders and Appenzeller, as well as Josquins own Petite Camusette, Baisiez moy, Douleur me bat and Nymphes des bois like youve never heard them before, and what you have is a programme that, for all its preoccupation with earthly mortality, transports the listener to another realm. Of all the discs that have come our way this year, this is the one that Spin Doctor would save from a burning building!