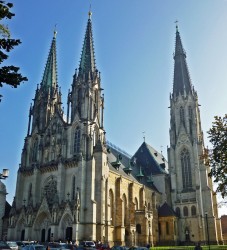 How many of us use music as a means of escaping from the cares of everyday life? Not just the mundane details of day-to-day existence (work, shopping, household matters), but the now-constant cycle of news and adverts broadcast over all varieties of media. For many, music is a refuge from the drip-drip-drip of news stories, of political posturing, grandstanding and mishaps.  Music, surely, is a place where we can at least leave politics behind, isnt it? Well, not quite For a start, in many countries its the very same politicians wed love to keep their noses out of the arts who decide on the very serious matter of who funds them, and to what level. And while one would like to think that they keep at arms length from programming decisions, they certainly have an eye on issues like audience numbers, outreach programmes and community engagement. They want to see that the funds they are supplying (however inadequate they sometimes seen) are put to good use, with positive results.

In fact, ever since the origins of western art music in the middle ages, music  like the other arts  has flourished mainly by being at the service of other institutions: sacred or secular, local, regional or national. In short, the establishment. Most of the earliest named composers in the western canon (such as Léonin and Pérotin in Paris, Guillaume de Machaut in Reims) were in the service of the church, with arguably the first golden age of classical music occurring in the (predominantly but not exclusively sacred) output of the Franco-Flemish school of composers, straddling the 15th and 16th centuries. Their works contributed to a view of the world that was dominated by the teachings of the church, and encroached on the lives  private and public, spiritual and worldly  of citizens great and small. Though not always unquestioningly reverential, the music of this era was almost entirely at the service of the institutions which paid for it. Self-expression, in the sort of terms we would now understand, simply did not exist as a concept.

At the same time, the courts of kings, princes and other members of the aristocracy looked to increase their prestige by employing the greatest musicians of the day: for example, Alexander Agricola (c.1457-1506) was employed in Milan by Duke Galeazzo Maria Sforza, and in Burgundy and Castile for Philip the Handsome, in whose retinue he travelled widely. Ercole dEste, Duke of Ferrara (1461-1501) employed composers such as Obrecht, Willaert and Josquin de Prez. Almost a century later, the famed wedding festivities for Grand Duke Ferdinando de Medici and Christine of Lorraine in 1589 were marked by a series of lavish intermedi by composers including Malvezzi, Marenzio and Cavalieri. The career of Claudio Monteverdi was dominated by his activities at the Mantuan court of the Gonzaga family, and subsequently as maestro at the San Marco Basilica in Venice, benefitting from the relative freedoms offered by life in the Venetian Republic.

Being in the service of the ecclesiastical and political establishment meant relative security for musicians  as long as you were on the winning side. The religious and political turmoil of the Renaissance era, especially the Lutheran Reformation and the Catholic Counter-Reformation, created winners and losers, and demanded, at the very least, flexibility on the part of musicians. The difficulties of these times are familiar to anyone with an interest in the music of the Tudor, Elizabethan and Jacobean eras: composers like William Byrd  a protestant-turned-Catholic who continued to write English-texted music for Anglican services after he became a recusant Catholic as well as Latin works  trod a fine line. For John Dowland (Byrds junior by a generation) Catholicism meant poor employment prospects and exile in Denmark, before returning and eventually securing a position as lutenist to James I. And within a few generations, the coming of Cromwells Commonwealth played havoc with musicians working not just in the church but in the theatre.

In Europe, the patchwork of German states meant plenty of opportunities for musicians with the more artistically enlightened rulers, but also a potential confessional minefield when some states were Lutheran, others Catholic. When in 1733 JS Bach  a committed Lutheran  sent a dedicatory volume of music to the Augustus II, Elector of Saxony (a Catholic), it was of a Latin-texted Missa (a short form of Mass consisting of Kyrie and Gloria only that was used in Lutheran services) that would eventually become the Mass in B minor. Three centuries earlier, in decidedly more belligerent times, the proto-Protestant Hussites in the Czech lands had as their battle song the splendid chorale Kto jsú boí bojovníci (Ye who are warriors of God), to a tune that, to this day, stirs emotions in Czech speakers even more than Ein feste Burg would for German Lutherans. Indeed the resonance of the Czech melody has increased over the centuries thanks to its quotation or imitation in major works by Smetana (Má vlast), Suk (Praga) and Pavel Haas (Suite for Oboe and Piano) and Karl Amadeus Hartmann (Concerto funebre).

The centrality of court or ecclesiastical employment remained crucial for musicians throughout the Baroque period and well into the Classical era. Both Heinrich Biber (1644-1704) and Mozart (1756-1791) were employed by Prince Archbishops of Salzburg (the living embodiment of the ways in which secular and sacred were entwined in those times), creating some of their most lavish church music for the vast internal space of Salzburg Cathedral with its precariously appointed choir galleries. As late as the early 1820s, Beethoven was composing his Missa solemnis for his patron and friend Archduke Rudolf, who had become Cardinal-Archbishop of Olmütz (now Olomouc) in 1819. But the sands had by then been shifting away from the sacred to the secular for some time, thanks to the combined effects of Renaissance Humanism and the Baroque Enlightenment. Increasingly, the most important decisions to affect peoples lives, from the humble to the great, were taken at the level of the nation state, and it is the 19th-century phenomenon of nationalism and its relationship with music that the second part of this study will explore.