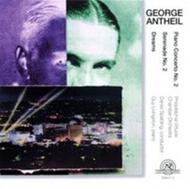 A concert pianist and vanguard composer, George Antheil (19001959) became known as the Bad Boy of Music. The ultimate American in Paris, Antheil was an avant-garde provocateur of the first order who made his name composing iconoclastic compositions: the loudest and brashest classical music of his time. But this album gives us three new performancestwo of them world-premiere recordingswhich reveal another, forgotten side of Antheil, the incurable romantic.
Written in 1926, after the height of Antheils radical period, the Piano Concerto No. 2 (1926) is an experiment in classical form. The work contains the same sudden juxtapositions and abrupt contrasts of mood as his futurist music. But the excesses of his recent Ballet mécanique (written for 16 player pianos!) are compensated for by an almost spare, baroque orchestration and motifs that draw on Bach as much as on Stravinsky. In three movements, Antheil employs a more restrained but still exuberant style. The beautifully meditative slow movement is followed by a virtuosic and compelling toccata. Each movement ends on an overtly Bachian cadence, most obvious in the sweetly naive coda of the final movement.
The ballet Dreams (1935) had a prior existence in Paris. It was called Les Songes, and Darius Milhaud wrote the original music in 1933, later discarded in favor of Antheils score. The plot was based on a surrealist poem by the painter André Derain. And Balanchine choreographed the production for his company Les Ballets. Antheil plays sarcastically with contradictions: waltz vs. march; folk song vs. orchestral romanticism. This is marvelous ballet music, and the unexpected structural and melodic changes keep us on the edge of our seat: amused and entertained.
Not much is known about the genesis of the Serenade No. 2 (1948). As the work neared completion, Antheil wrote, the Serenade . . . is as important, for me, as a new symphony; indeed, it can be played by a major symphony orchestra. Its a beautifully orchestrated, lush work. Both serenades are in three movementsthe first is for strings alone while the second adds a wind section and a percussionist. Some of the themes from the first serenade re-occur in the second serenade. 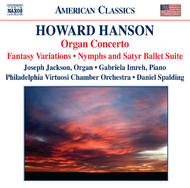 Hanson - Concerto for Organ, Harp and Strings / Nymph and Satyr 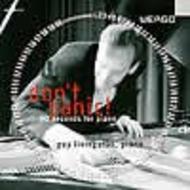 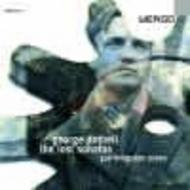 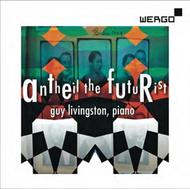