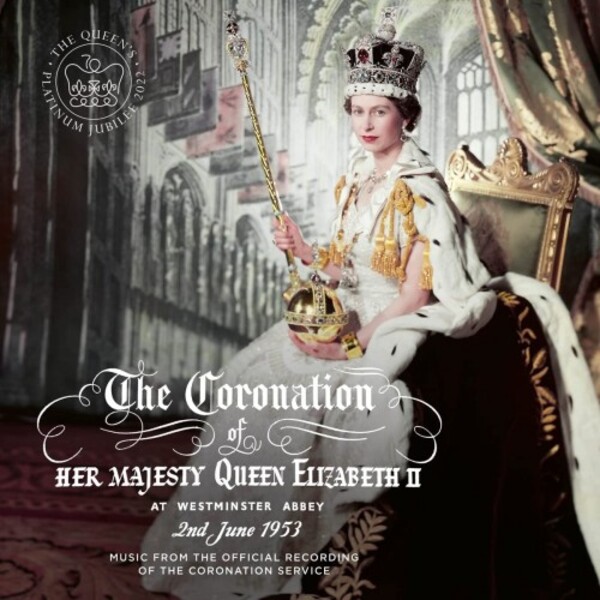 The Coronation of HM Queen Elizabeth II: Music from the Official Recording

Fanfares (2)
Fanfare with organ 'God Save Queen Elizabeth!'
God Save the Queen! - Fanfare

Confortare (Be Strong and of Good Courage)

Let my prayer come into thy presence

Thou wilt keep him in perfect peace

Fanfares (2)
Fanfare with organ 'God Save Queen Elizabeth!'
God Save the Queen! - Fanfare

Confortare (Be Strong and of Good Courage)

Let my prayer come into thy presence

Thou wilt keep him in perfect peace

A selection of music from the original BBC broadcast of The Coronation service of Her Majesty Queen Elizabeth II, at Westminster Abbey on 2 June 1953.

Includes the much-loved classics I was glad (Parry), Zadok the Priest (Handel), O taste and see (Vaughan Williams), plus a rousing performance of the National Anthem, God Save the Queen.

The cover features Cecil Beatons official coronation portrait, plus a facsimile of the gothic type from the original 1953 HMV commemorative 3-LP set.

From the original note on the recording:
This recording of the BBCs broadcast of the coronation service from Westminster Abbey was taken by means of a direct line to Abbey Road Studios in St Johns Wood, London. The splendid ritual of the coronation rite has offered to composers of succeeding generations an opportunity to provide music of fitting beauty and to the choirs taking part an incentive to excel in presenting music in which Britain has a rich and unique tradition. Some of this music had been heard in earlier coronations, some was composed especially for this occasion. Old and new were woven into the fabric of the ceremony with great skill, and the recording provides a sound-picture representing some five centuries of the finest of English church music. The Coronation Choir was a large one of over four hundred singers, the voices, with the exception of a few sopranos and contraltos from the Commonwealth, being those of men and boys. Certain famous choirs were present in full force, having a prescriptive right to sing at the coronation. Among these were the choirs of Westminster Abbey, HM Chapel Royal, St Georges Chapel, Windsor, and St Pauls Cathedral; the remaining singers were drawn from choirs throughout England, Scotland, Wales, and Northern Ireland with a considerable number of additional altos, tenors, and basses who were well known soloists or who at some time had been members of famous choirs. As each member of these choirs was thoroughly at home with church music of every degree of difficulty, the resultant tone was of singular beauty: rich, majestic and of great flexibility. The accompaniments were shared by the fine organ of the abbey and a full orchestra made up of eminent soloists and of players nominated from leading orchestras. The special fanfares, composed by Sir Ernest Bullock, were played by massed trumpeters from the Royal Military School of Music, Kneller Hall, under their conductor Lt-Col Meredith Roberts MBE MVO. The choral music was conducted by Dr William McKie, organist and choirmaster of Westminster Abbey, assisted by Dr John Dykes Bower and Dr W.H. Harris, and the organ was played by Dr Osborne H. Peasgood. 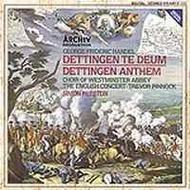 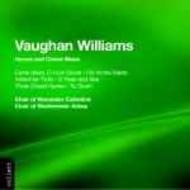 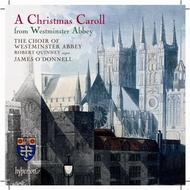 A Christmas Caroll from Westminster Abbey 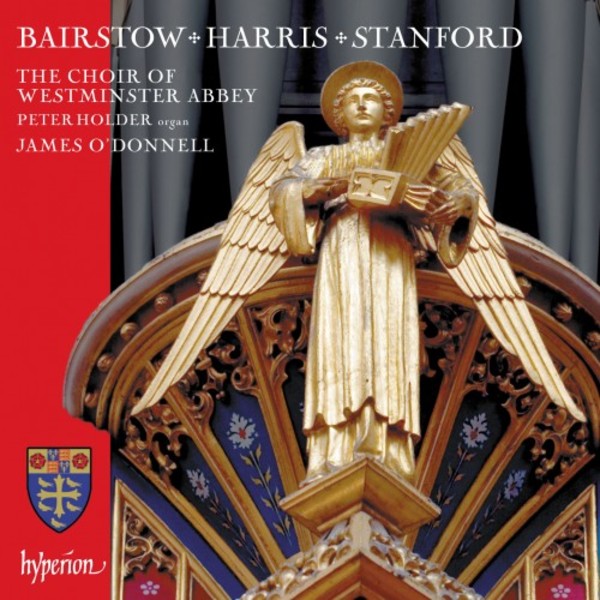 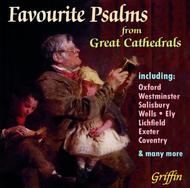