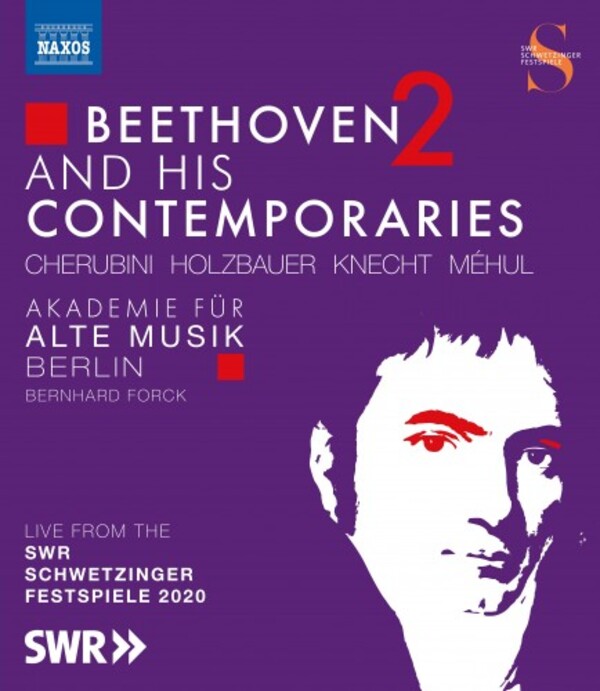 Symphony no.1 in G minor

Symphony no.1 in G minor

Beethoven and his Contemporaries: Live from the SWR Schwetzinger Festival 2020

The award-winning Akademie für Alte Musik Berlin has become one of the worlds leading chamber orchestras on period instruments. These concerts reveal some of the foundations of Beethovens genius, and capture vital performances from the 2020 SWR Schwetzingen Festival, the biggest radio festival for classical music in the world.

Robert Schumann pointed out similarities between Méhuls First Symphony and Beethovens Fifth, and these third and fourth concerts in the series also include a tempest by Holzbauer that precedes Beethovens by half a century, plus the little-known Le Portrait musical de la Nature by Justin Heinrich Knecht, a work that also anticipates Beethovens Pastoral Symphony.
Picture format: HD 16:9
Sound format: PCM stereo and DTS Master Audio 5.1
Language: English
Region code: A, B, C