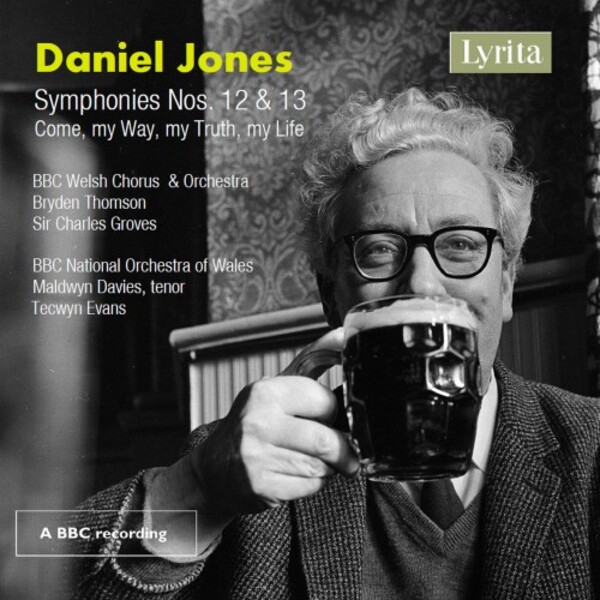 A fine example of Daniel Jones at his most succinct and incisive, the Twelfth Symphony (1985) was commissioned by the Civil and Public Services Association as a farewell gift to their retiring General Secretary, Ken Thomas. The Twelfth Symphony was first performed by the BBC Welsh Symphony Orchestra and conductor Erich Bergel at a gala concert at St David's Hall, Cardiff on 26 September 1985. The score bears a superscription consisting of a brief quotation from Pushkin, which reads 'Yet one last tale, And my chronicle is ended'.

Daniel Jones's Symphony in memory of John Fussell (Symphony no.13) (1992) was first performed by the BBC Welsh Symphony Orchestra and conductor Richard Hickox at the Brangwyn Hall, Swansea on 17 October 1992 at that year's Swansea Festival. The work is a personal tribute to a friend of the composer, who was Swansea's Director of Music and City Organist from 1970 until 1990, the year of his death.

The cantata Come, my Way, my Truth, my Life (1987) was written in memory of John Aeron-Thomas, whose widow Margaret commissioned the work. A devout Christian, John Aeron-Thomas had been a founder-member of the Swansea Festival, who commissioned Jones's First Symphony. among other works. The text is taken from poetry by George Herbert (1593-1633), which details his sacred journey.