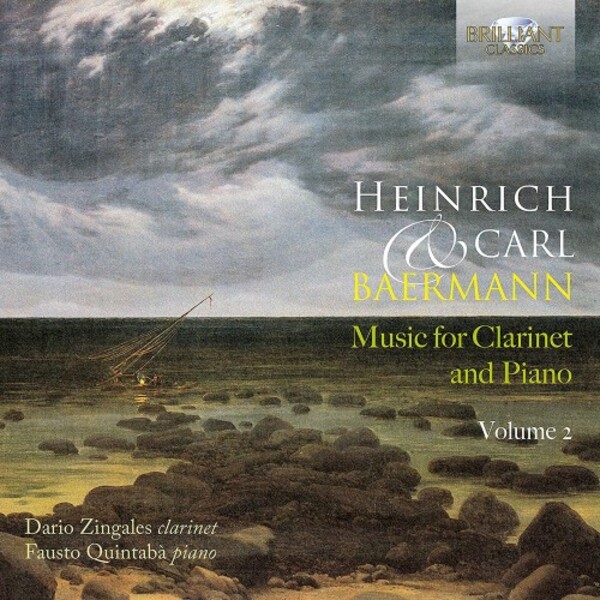 The Italian clarinettist Dario Zingales studied in Milan with Luigi Magistrelli, another fixture on the Brilliant Classics roster of inquisitive pioneers in the field of Classical and early-Romantic chamber music. Zingales made his debut on the label in 2018 with the first volume of a fascinating series dedicated to the father and son who revolutionised clarinet playing  and therefore composing for the instrument  during the first half of the 19th century. Heinrich Baermann inspired Weber to write his clarinet concertos and show pieces. His son Carl then developed the instruments range and action so that it could ever more uncannily resemble the human voice in liquidity and shades of tonal colour.

Both father and son also composed, so that their playing and technical innovations would be showcased by repertoire which exploited their virtuosity. This second volume of chamber music presents five pieces, four of them still unpublished and here receiving their first recordings. They include three theme-and-variation sets by Heinrich Baermann, originally written for clarinet and orchestra and here performed in an arrangement with piano accompaniment. They alternate demanding moments of virtuosity with cantabile sections ideally suited to the clarinets nature as a vocal instrument, emphasised by Baermann with operatic recitative sections.

The two works composed by his son Carl, Ein Traum, op.47 (also a premiere recording), and Souvenirs de Bellini, op.52, have a very different musical flavour: much more intimate in their byplay between clarinet and piano, much less like display pieces even in the operatic fantasia, and much more equal in their relationship between the two instruments. Thus the pairing creates an absorbing juxtaposition of musical styles and contrasts.

Dario Zingales has a light, attractive tone and plenty of technique... the Baermanns represent an important chapter of the history of the clarinet, and this is a nice survey of their music. Recommended as a matter of course to clarinet fanciers.  Fanfare, September 2019 (Vol.1, 95785)