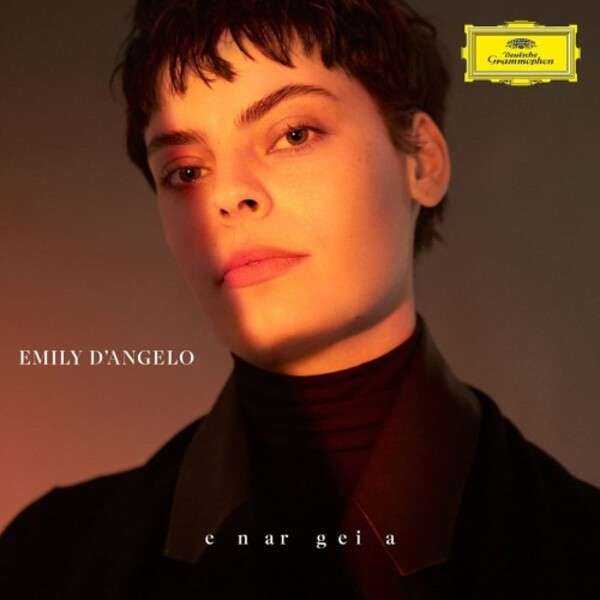 A Thousand Tongues
Song from the Uproar

A Thousand Tongues
Song from the Uproar

Concept, character and cool  Emily DAngelos debut album on Deutsche Grammophon encompasses everything that comes so naturally to this young Canadian vocalist. Her chosen title for this thoughtfully curated sonic journey comes from Hellenistic rhetoric and sums up the essence of the album: enargeia  in the artists own words  a description so vivid it seems to conjure its subject into existence.

DAngelo has chosen music from the 12th and 21st centuries written by four female composers  Hildegard von Bingen, Hildur Guðnadóttir, Missy Mazzoli and Sarah Kirkland Snider  several of whose works are presented in brand-new chamber/electronic arrangements. Each track is born out of the previous, explains the singer, as the listener is guided through a progres¬sion, a cohesive and exploratory listening experience.

DAngelos starting-point in creating energeia was the work of a musical and intellectual luminary, the medieval Benedictine abbess, scientist, poet, composer and visionary Hildegard von Bingen. As she recalls, I discovered her music as a kid, when I was singing in choir, and I was transfixed. Id never heard anything like it before, yet it all sounded so familiar and organic. Hildegards influence runs like a thread throughout the album, whose works, says the singer, all have in common the sense of expansiveness in her compositions, the multi-disciplinary expression of her ideas and her belief in music as a heightened communicative mode.

DAngelos concept of the music she performs is the combination of words, rhythm and pitch: No matter the style, it all comes down to these three things, and Hildegard von Bingens work exemplifies this in its essential quality as a single vocal line and the text. The composers two pieces on the album, one in praise of divine wisdom, O virtus Sapientiae, the other an antiphon to the Virgin Mary, O frondens virga, are heard in arrangements by two outstanding contemporary American composers whose original work also features here: Sarah Kirkland Snider and Missy Mazzoli. DAngelo brings a radiant purity to the Latin lyrics and unadorned vocal lines of both new settings.

If Hildegard marks one point in the long history of spirituality in music, Missy Mazzoli marks another in her Vespers for a New Dark Age. For DAngelo its a completely different take on the spiritual element of music. This 2014 work in fact replaces the texts of the traditional Vespers service with secular poetry by contemporary American writer Matthew Zapruder, while at the same time preserving the ritual and repetitive qualities of the original. Both the Vespers pieces and the two excerpts from Song from the Uproar, Mazzolis chamber opera about the extraordinary life of Swiss explorer, writer and Sufi Isabelle Eberhardt, highlight the dramatic flair that has already brought DAngelo such glowing reviews for her operatic performances.

The element of character is further explored in the presence of the classical figure of Penelope in the song-cycle of that name by Sarah Kirkland Snider. Inspired by Homers The Odyssey, it tells of a womans husband, veteran of an unnamed war, who returns, brain-damaged, after a 20-year absence. Ruminating on themes of memory, identity and returning home, says DAngelo, these works show how art, literature and history can serve as a gateway to understanding the present. She infuses her interpretations of the three extracts presented here with dark, haunting colours, while her clarity of tone, notable throughout enargeia, brings out every nuance of Ellen McLaughlins emotive lyrics.

Past and present co-exist too in the work of the Grammy Award-winning Icelandic composer Hildur Guðnadóttir, whose use of bowed instruments as a drone, notes DAngelo, harkens to medieval music but through a modern, ambient lens. In Fólk faer andlit, part of the composers 2020 response to the plight of refugees in her native country, DAngelos voice soars above winds and strings in a line of plainchant-like simplicity, while her gleaming vocals are used to stunning effect in Liður, an extract from Guðnadóttirs award-winning music for the TV series Chernobyl.

The album showcases a host of musical collaborators, notably Jarkko Riihimäki who has arranged many of the pieces, creating a broad range of sensitive accompaniments that offset the singers rich tone with everything from a single cello to a 20-piece string orchestra, and ultimately broadens into electric guitar, bass and drums while DAngelo duets with herself in the final work, Sniders The Lotus Eaters.

This record is a soundworld, bound together by the multisensory ancient concept of enargeia  Emily DAngelo

In a word, Emily DAngelo is a phenomenon  Le Devoir