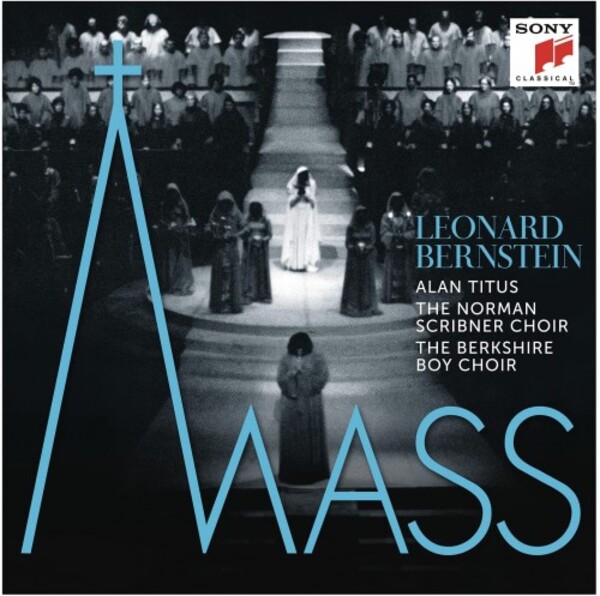 Originally commissioned by Jacqueline Kennedy Onassis for the opening of the Kennedy Center in 1971, Leonard Bernsteins MASS was a unique theatrical experience  a fully-staged dramatic pageant that mixed sacred and secular texts and used various musical forms from classical, jazz, and rock to Hebraic and Broadway. Sony Classical is celebrating this anniversary by releasing a remastered 2-CD plus book edition in collaboration with the Leonard Bernstein office with numerous previously unreleased photos and facsimiles, synopsis and libretto and new liner notes.

When Jacqueline Kennedy Onassis asked Bernstein to compose a piece for the 1971 inauguration of the Kennedy Center for the Performing Arts in Washington, D.C., Bernstein made a surprising choice: the Roman Catholic Mass. Instead of a straightforward, purely musical setting of the Latin liturgy, he created a broadly eclectic theatrical event by placing the 400-year-old religious rite into a tense, dramatic dialogue with music and lyrics of the 20th-century vernacular, using this dialectic to explore the crisis in faith and cultural breakdown of the post-Kennedy era. Though the work is based on the Tridentine Mass of the Roman Catholic Church, it also includes additional texts in English written by Bernstein, globally renowned Broadway composer Stephen Schwartz, and legendary singer-songwriter Paul Simon.

The eclecticism of MASSs music reflects the multifaceted nature of Bernsteins career, with blues, rock, gospel, folk, Broadway and jazz idioms appearing side-by-side with 12-tone serialism, symphonic marches, solemn hymns, Middle Eastern dances, orchestral meditations, and lush chorales, all united in a single dramatic event with recurring musical motifs. Time has revealed MASS to be a visionary piece that continues to be relevant and move audiences as it enjoys performances around the world  MASS came full circle when, in 2000, Pope John Paul II requested a performance at the Vatican.