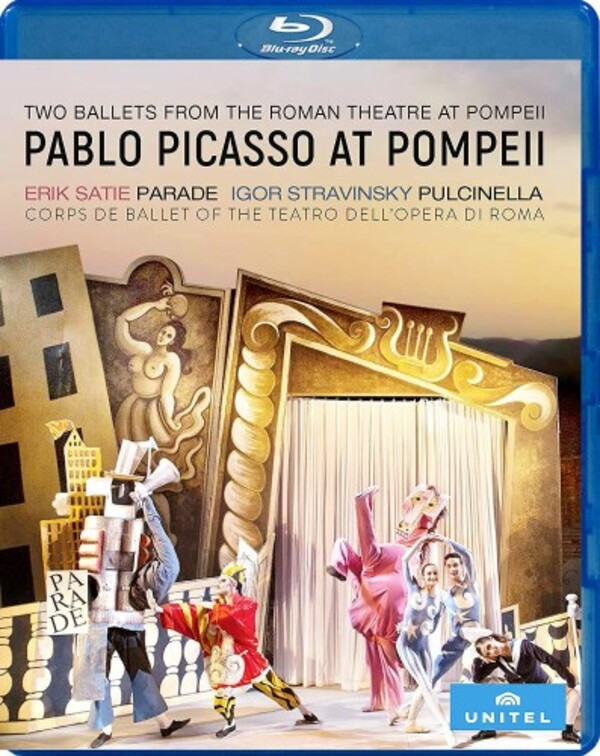 Against the picturesque backdrop of the Vesuvius, the ancient Roman Theatre of Pompeii hosts a colourful open air event in honour of Pablo Picasso. Celebrating the centenary of his visit to Italy, two ballets with sets and costumes designed by this legendary Spanish artist are put on stage: Parade, with music by Erik Satie, and Igor Stravinskys Pulcinella. The choreography of both works has been created by Russian ballet star Léonide Massine. It is performed by the Corps de ballet of the Teatro dellOpera di Roma under the direction of Paris Opera prima ballerina Eleonora Abbagnato and Léonide Massines son Lorca as choreographer.

100 years ago, together with Jean Cocteau, Picasso undertook a journey to Naples and Pompeii in order to work on Parade, an avantgarde ballet commissioned by Serge Diaghilev, director of the famous Ballets Russes, which was supposed to be inspired by Neapolitan folklore and the commedia dellarte. The stage curtain of Parade is the largest work Picasso ever completed, measuring about 11 meters high by 17 meters wide. Cocteaus libretto tells the story of a troupe of street artists who parade in front of a crowd of onlookers in an attempt to attract an audience for their show.