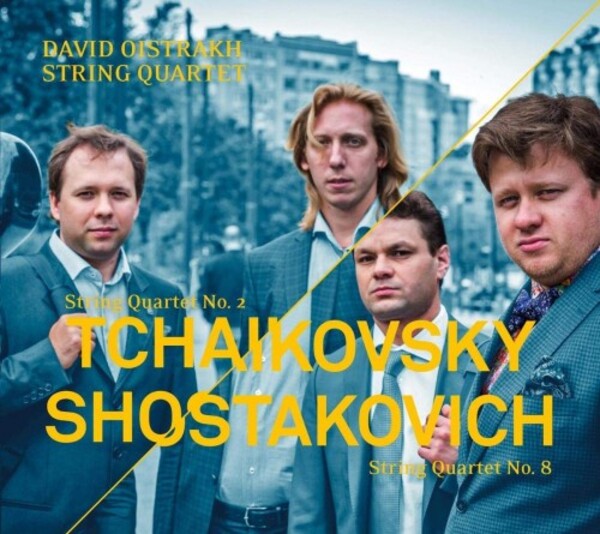 A new string quartet's debut recording is always a memorable occasion. And muso is particularly proud to welcome into its catalogue the David Oistrakh String Quartet, a young ensemble founded in 2012 by violinist Andrey Baranov, who won first prize at the Queen Elisabeth Violin Competition 75 years after the triumph of fellow Russian David Oistrakh. A case of history coming full circle!

For their first album, these young soloists boldly launched head-first into the vast repertoire of two of the greatest Russian composers: Tchaikovsky and Shostakovich. The two quartets performed here were composed almost a century apart.
Tchaikovsky was at the height of his powers and had yet to write his most famous works when he composed his String Quartet no.2. Throughout his life he was to refer to it as one of his best works, the music having poured effortlessly and joyfully, being written practically at one sitting.
Shostakovich's String Quartet no.8 was written in Dresden in 1960 and was dedicated to the victims of fascism and war. At the time he composed the piece, Shostakovich was going through a troubled period both in his personal life and in his relations with the Soviet authorities. The composer was so satisfied with this clearly autobiographical piece that he subsequently dedicated it to himself.
The musicians of the David Oistrakh Quartet throw themselves body and soul into this incredibly poignant and intense music.