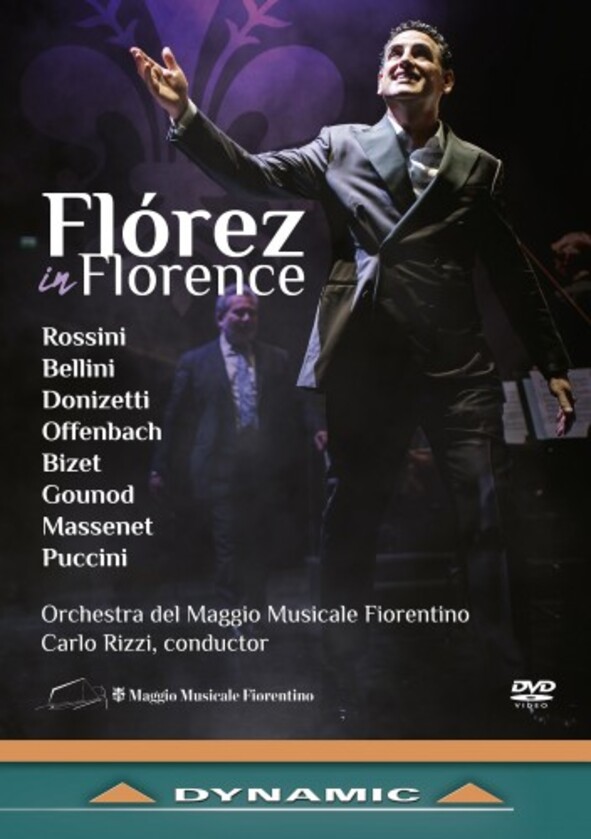 Juan Diego Flórezs expressive singing has established him as one of operas greatest talents, winning numerous prestigious awards and accolades. He first rose to international renown with exceptional performances of Rossini, and these virtuoso accomplishments led to his mastery of the bel canto repertoire of Bellini and Donizetti. Flórezs dazzling boldness in the high register and his elegance of phrasing is perfect for Offenbachs Hoffmann, while his acting skills are well in evidence for the incisiveness of Verdi and lyricism of Puccini. The recital concludes with an encore of Latin American songs from his youth.

Juan Diego Flórez has recorded numerous solo albums and complete operas on CD and DVD. Considered by BBC one of the best tenors of all times, he has received numerous awards and prizes, among them the Gran Cruz de la Orden del Sol, the highest Peruvian distinction. In 2012 he was appointed Kammersänger by the Austrian Government, and Goodwill Ambassador by UNESCO. In 2011, Flórez founded Sinfonia por el Perù, a project of social inclusion inspired by El Sistema of Venezuela which forms orchestras and choirs in Peru to help the more vulnerable children and adolescents. In recognition of the work of this foundation, Juan Diego Flórez received the World Economic Forums Crystal Award in January 2014.
Recording date: 30 September 2020
Video format / Aspect ratio: NTSC  16:9
Audio format: PCM 2.0 - Dolby digital 5.1
Region code: 0  All regions
Subtitles: Italian, English, French, German, Japanese, Korean
Notes: Italian, English
Duration: 102 min.