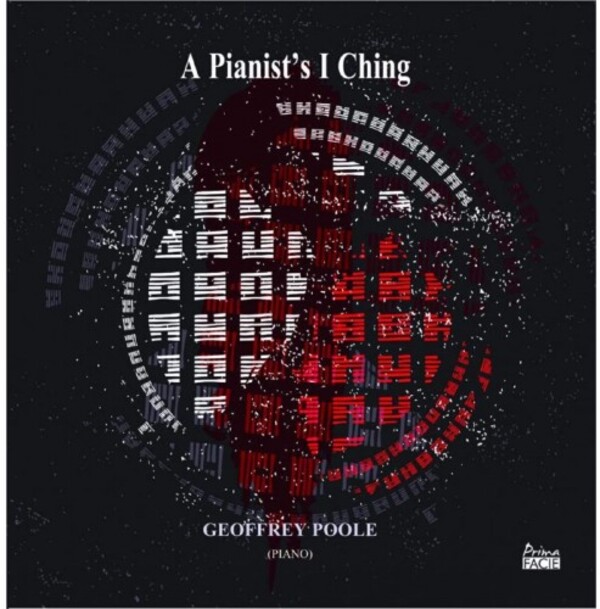 G Poole - A Pianists I Ching

A Pianist's I Ching

A Pianist's I Ching

For an English composer who has been admired by audiences and critics for half a century, Geoffrey Poole has remained a surprisingly enigmatic figure.

Even with numerous broadcasts, portrait events, prestigious commissions from BBC, BCMG and the Hall, and excellent reviews, critics have generally struggled to pin him down stylistically. Phrases such as eclectic and zig-zag development abound; not even student standard jostles with astonishing originality.

The composers personal view is that while The Biz wants you to repeat your winning formula, lifetime is limited and the imagination deserves to explore everything that attracts it. This has included some unusual concertos, one for Javanese gamelan and Western orchestra (Swans Reflecting Elephants), another for African drummers and five ensembles (Two-Way Talking), and a concerto for jazz piano and brass (Lucifer), each of them broadcast on Radio 3. But here, in the 20-year project that is A Pianists I Ching, we may perceive a synthesis of Pooles love of exploration and an explicit, limiting, framework.

The I Ching (the ancient Chinese Classic of Changes) is both an oracle and a philosophical treatise in which every situation is regarded as a further stepping stone in our developing consciousness. Change (Transformation through Time), is of course the essential condition of Music, but by composing a short character-piece to each one of the I Chings 64 states of being, Poole has pressed his imagination into concepts and feelings unfamiliar to Western minds and ears. In many of these pieces the musical language is readily approachable, yet the outcome can be surprising. Such is the nature of Change.

The title A Pianists I Ching merits comment. Geoffrey Poole is many things; a dedicated teacher, a retired professor, an environmentalist, a grandpa - but a pianist? Not in the sense of an academy-trained performer, even though he did acquire an LRAM back in the days when external applicants could sit the exam. But yes, in the sense that he has played piano from year dot. He could play all the Beethoven Sonatas when he was fifteen; in fact, he did so in one weekend in September 1964, and analysed all 96 movements too.

He is a pianist in the sense of knowing what all the notes are in whatever he hears, where and how they would be played on the keyboard, how to evoke magical textures; his musicality is inherently pianistic. So, while several of the tracks on this disc were premiered at the Purcell Room by outstanding young pianists (they are recognised in the composers dedications, listed in the sleeve booklet) - and by Geoffs own reckoning they performed much more brilliantly than he does - this disc closes the interpretation gap between text and execution; it establishes what the score was designed to achieve.

In the opinion of critic and author Stephen Johnson, Humour and hushed awe, lyrical poetry and spiky playfulness, romantic yearning and teasing irony - the range is immense, conveyed through a chain of endlessly inventive miniatures, beautifully conceived for the piano, and beautifully played by the composer himself.