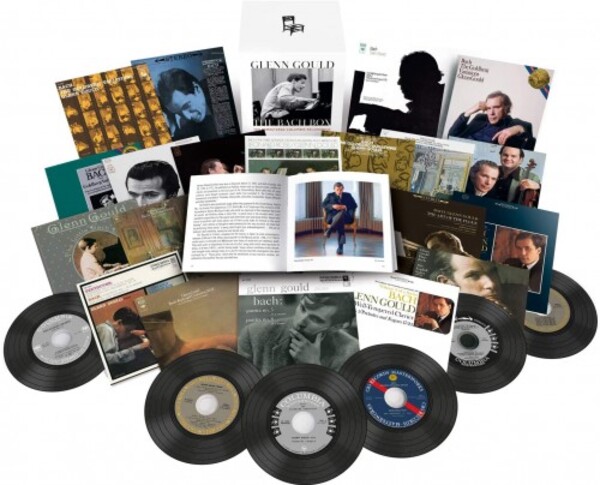 This stunning box set is a special season offer, packed in a cube-shaped box.

Included in this must-have box set are facsimile LP and CD Sleeves, booklet with full discographical notes.
Also includes The Little Bach Book (a compilation album, CD 29), and Glenn Gould discussing his performances of the Goldberg Variations with Tim Page (CD 30).
Glenn Gould was one of the best known and most revered pianists of the 20th century. Goulds performances of works by Bach, Beethoven and Mozart received critical acclaim and international adoration

In addition to being an outstanding pianist, Gould was also a revered composer and conductor. He was the recipient of numerous awards including 3 Juno awards and 5 Grammy awards.