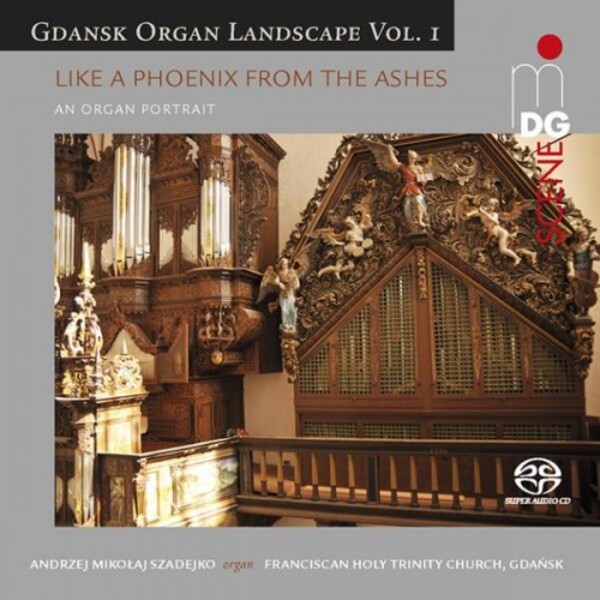 Gdansk Organ Landscape Vol.1: Like a Phoenix from the Ashes - An Organ Portrait

Fantasia and Fugue in A minor, BWV561

Fantasia and Fugue in A minor, BWV561

After more than 70 years of silence a great organ has risen again in the Trinity Church of the Gdansk Franciscans.
With determination, passion and diligence, Andrzej Szadejko worked on the reconstruction of the baroque organ, which finally was completed in 2018 by the Dresden manufacturer Wegscheider.
His multi-coloured portrait represents the opulent sound conception of Baltic organ building from the early 17th to the middle of the 18th century, but also revives the grandiose musical culture of Gdansks golden age. Also featuring composers of the 15th and 16th centuries, this organ is probably the only one of its kind in a baroque organ in the world to have a large pedal, which was erected in 1703 after a lightning strike in its own case on the south wall of the church, in which the impressive 32 sub-bass is located.
The phenomenal acoustics of the enormous Hanseatic cathedral are captured in the very best Super Audio CD quality; the three-dimensional replay capability of the 2+2+2 Recording sets yet another highlight and allows the unusual spatial arrangement of this special instrument to be experienced in a very impressive way.