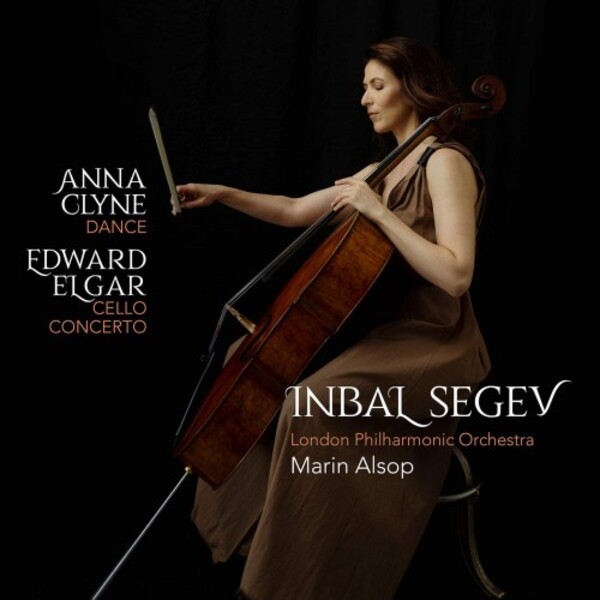 This formidable release features Inbal Segev performing Elgars emotive Cello Concerto coupled with DANCE, an inspiring new work by Grammy-nominated English composer Anna Clyne that was commissioned by Inbal. On this powerful recording, Marin Alsop conducts the London Philharmonic Orchestra.
Marin introduced Inbal to Anna, sparking a special synergy between the three women. While Anna was composing DANCE, a five-movement concerto inspired by the 13th-century Persian poet Rumi, further connections ensued. Annas soulful and vibrant music combines cultures that include her Irish-English family, Polish-Jewish ancestry and Inbals Israeli-American heritage. Inbal expounds, Annas music has an old-soul sensibility but is fresh and modern at the same time. This juxtaposition of old and new has always appealed to me; it suits my playing, as well as the tone of my 1673 Ruggieri cello.
Inbals idea to record Anna Clynes DANCE alongside Elgars Cello Concerto is timely: the two works were composed exactly 100 years apart. Inbal enthuses, It is so rewarding to record and perform the work of a contemporary female composer whose music withstands comparison with Elgars. The two pieces share a certain sensibility  a romanticism, warmth and humanity  that transcends any stylistic differences.
Elgars Cello Concerto, written in the wake of World War I, is deeply reflective. Anna Clynes DANCE is optimistic and forward-looking. Inbals recording of these two cello concertos is timeless.