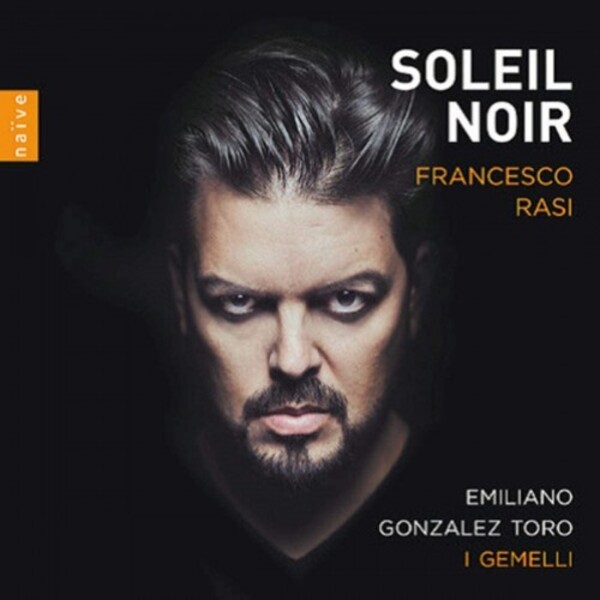 Composer and poet, virtuoso singer, creator of the title role of Monteverdi's Orfeo, embodiment of the clair-obscur of the Italian Renaissance and a character as complex as its era: Francesco Rasi (15741621) undoubtedly played an important role in the birth of the Opera at the beginning of the 17th century. With Soleil Noir the tenor Emiliano Gonzalez Toro and his ensemble I Gemelli (concentrated here in their most intimate formation with solo voice, viola da gamba, lute and harp) present a programme in his honour.
The album includes works by Giulio Caccini, Marco da Gagliano, Giuseppino del Biado, Sigismondo dIndia, Andrea Falconieri, Carlo Gesualdo, Claudio Monteverdi and Jacopo Peri. Rasi sang his own melodies and accompanied himself on the lute or the harp  in part, the underlying poetry also came from him. Thanks to his in-depth study of the text and the versatile voice of Emiliano Gonzalez Toro, singing like that of Francesco Rasi is now at the centre of music, opening up a world of flashes of light beyond darkness to the listener.