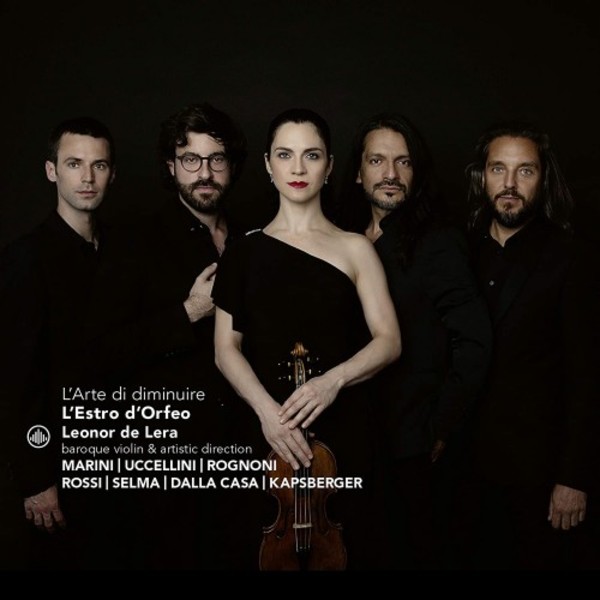 The second release on Challenge Classics by Leonor de Lera and her group of virtuosos, LEstro di Orfeo.
This CD explores the widespread practice of diminutions by presenting published examples of diminutions on well-known motets, by master composers; diminutions on popular melodies or dance forms and finally, diminutions composed by the performer as artist.
Diminutons, the art of extemporary embellishment or melodic variation, were an essential part of performance practice of the Renaissance and early Baroque periods. The basis of diminutions is the fragmentation of a long note or series of long notes into many shorter and faster ones that move around the original melody. In the 16th and early 17th centuries, a composition as written by the composer was often regarded as raw material and it was normal and even required of musicians to embellish the works performed. The number of treatises that were devoted to the teaching of this subject is a clear indication of the importance of diminutions at that time.
Most of these manuals included a collection of decorated melodies taken from renowned madrigals, motets and chansons by well-known composers of the time. These pieces give us clear examples of how music was performed during that time and what was considered the proper way to embellish a piece of music. Often technically demanding, these pieces gave scope for virtuoso display as they required great dexterity from the performer. In conclusion, diminutions were added to make a piece of music more beautiful.
... so much exquisite playing and rare and magical music  MusicWeb International on CC72760 Altri Canti dAmor