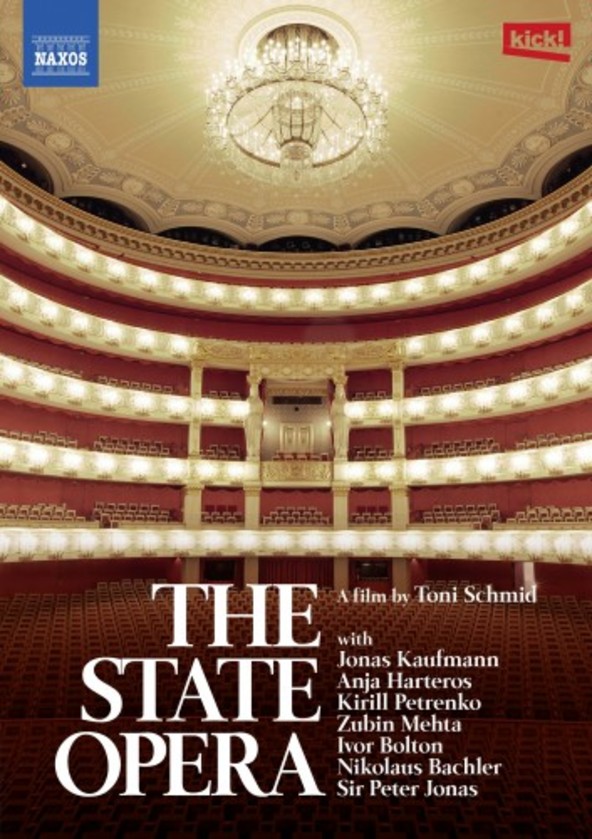 The State Opera: A Film by Toni Schmid (DVD)

The State Opera is the first film ever made about the Bavarian State Opera, one of the worlds oldest, most prestigious and internationally esteemed companies. It charts the course of three operas  Die Meistersinger von Nürnberg, Les Indes galantes and Un ballo in maschera  as they come to life on the stage. We meet some of the great singers, such as Jonas Kaufmann and Anja Harteros, in performance and behind the scenes, as well as artistic directors past and present, and two of the music directors in Kirill Petrenko and his predecessor Zubin Mehta. As both a celebration and an exploration, this entertaining film is a declaration of love for the operatic form.
Total playing time: 88 minutes
Picture format: NTSC 16:9
Sound format: PCM stereo and DTS 5.0
Language: German
Subtitles: German, English, French, Japanese, Korean, Chinese
Region code: 0 (Worldwide)
No. of discs: 1 (DVD 9)