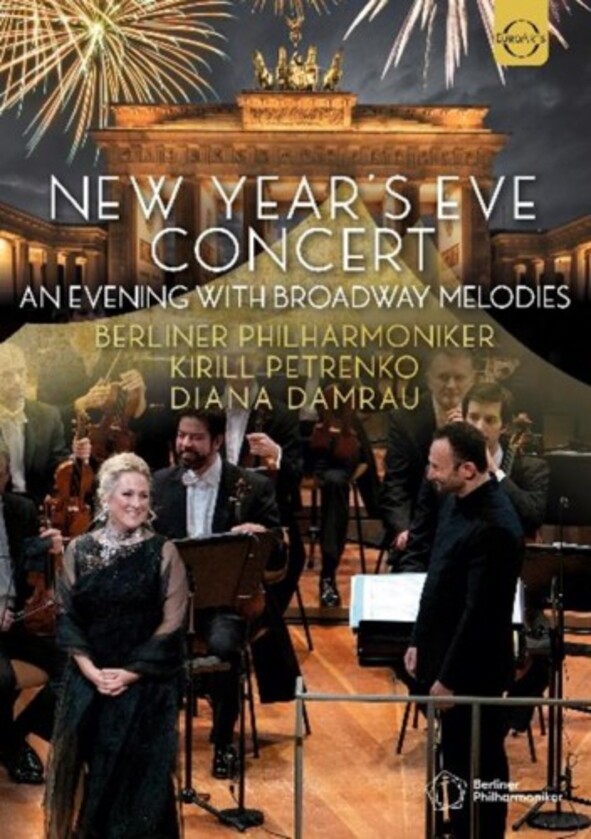 The Berliner Philharmoniker played under the baton of their new chief conductor Kirill Petrenko for the first time at the New Years Eve concert  presenting a vibrant facet to Petrenkos repertoire. The programme takes us on a musical journey to the USA: with dances from Bernsteins West Side Story and Gershwins An American in Paris. Moreover, it features star soprano Diana Damrau in captivating musical songs.

With this programme, Kirill Petrenko presented himself to the Berlin Philharmonics audience from a new musical angle  as an interpreter of catchy Broadway melodies. Diana Damrau, performing with the Philharmoniker for the first time, accompanied him on his excursion into the field of musicals. Having already worked with Petrenko a number of times, she raves about his conducting style: Hes a magician! The soprano is considered one of the leading singers in the lyric and coloratura repertoire. She gave her stage debut in a completely different genre, however: as Eliza in Frederick Loewes musical My Fair Lady in Würzburg in 1995. Diana Damrau shows she is consummately proficient in the musical genre on this programme with hits by Richard Rodgers, Stephen Sondheim, Harold Arlen and Kurt Weill. In addition, she assumes the role of Maria in Leonard Bernsteins successful musical West Side Story with the song I feel pretty.