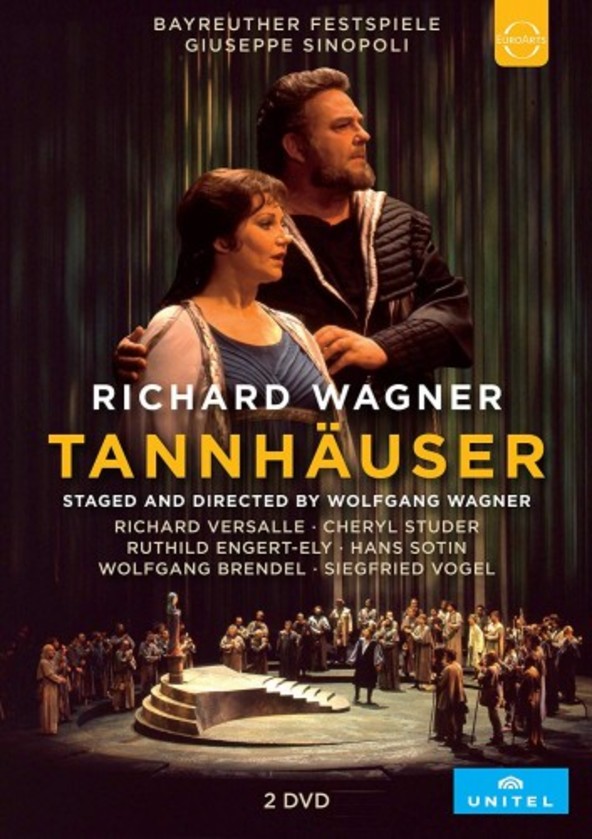 Thundering applause, wrote the prestigious Frankfurter Allgemeine Zeitung, and Romes La Repubblica noted the triumphal success and storm of applause that greeted Giuseppe Sinopoli and the ensemble at Tannhäusers 1989 Bayreuth Festival premiere. Directed by Wolfgang Wagner, Richard Wagners grandson, this production was one of the highlights of the Bayreuth Festival during the late 1980s. The abstract starkness of Wolfgang Wagners production is underscored by the crystalline clarity and vigour of Giuseppe Sinopolis conducting, which particularly highlights the progressive aspects of the score. This production gathers together some of the great names and talents in Wagner interpretation such as Cheryl Studer  who became famous because of this performance  her voice is simply a dream come true, Wolfgang Brendel, Richard Versalle and Hans Sotin. This recording is superbly conducted and wonderfully sung and almost immediately achieved the status of a classic. Giuseppe Sinopoli was one of the leading figures of all time on the Wagnerian scene.