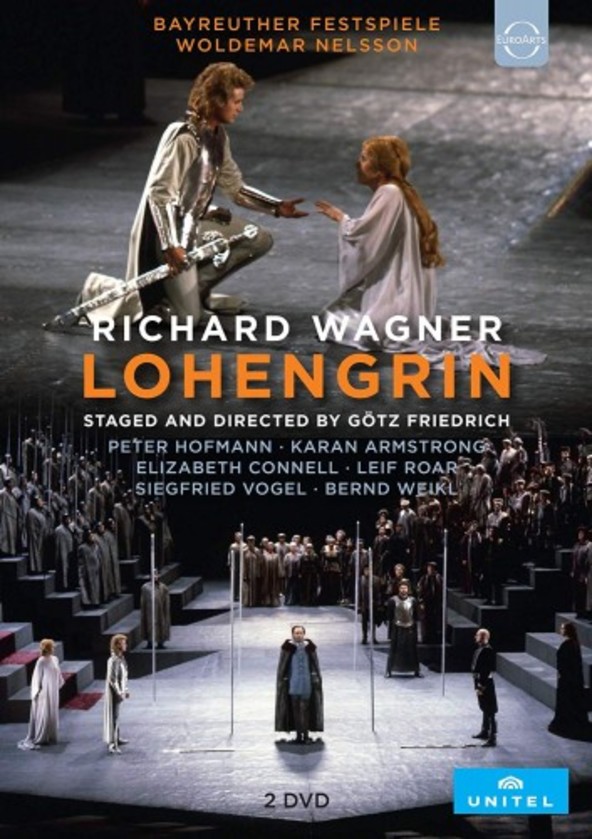 DVD re-release of the 1982 exclusive recording of Richard Wagners opera Lohengrin from the Bayreuth Festival, a masterful interpretation from the source of Wagnerian culture itself. Richard Wagners three-act opera, an exquisitely lyrical piece, characterised by the composers romantic vision of the individuals struggle for freedom under an oppressive rule, has been described as Wagners most Italianate opera. The title role is particularly suited to the dramatic and musical talents of Peter Hofmann, whose adoption of Wagnerian roles was received with well-deserved praise. He leads an exceptional Wagnerian cast, including Karan Armstrong as Elsa, Elizabeth Connell as Ortrud and Siegfried Vogel as King Heinrich. The deep psychological insights of this production ensure that this Lohengrin remains one of the most impressive records of Götz Friedrichs timeless work as a director. It was filmed on the stage of the Festspielhaus in Bayreuth shortly before the start of the actual festival. The filming took place over a period of several days, but without an audience.

Directed for stage by Götz Friedrich