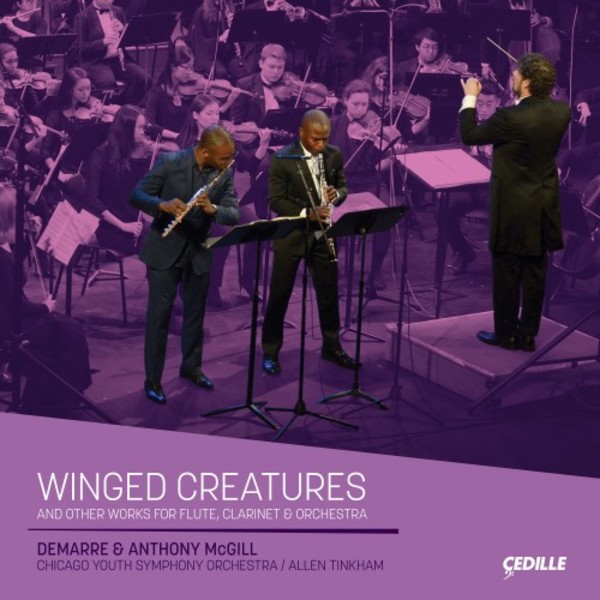 Winged Creatures and other works for Flute, Clarinet & Orchestra

Tarentelle in A minor, op.6

Tarentelle in A minor, op.6

The albums title track, celebrated African-American composer Michael Abels Winged Creatures, was commissioned for the project by Cedille Records. Inspired by the flight of butterflies and other creatures, its solo parts are, in turns, delicate, frenetic, soaring, and powerful. The orchestra originally commissioned Joel Pucketts Concerto Duo for a 2012 concert with the McGill brothers. The work evokes family affection and sibling camaraderie. Franz Danzis virtuosic and elegant Sinfonia Concertante for Flute, Clarinet and Orchestra, op.41, is a tour de force of late-Classical charm. Saint-Saëns youthful, virtuosic Tarantelle, op.6, draws inspiration from a southern Italian folk dance. It is something of a signature piece for the McGills, who performed the piano-accompanied version on Mr. Rogers Neighborhood when the brothers were 18 and 14, respectively.