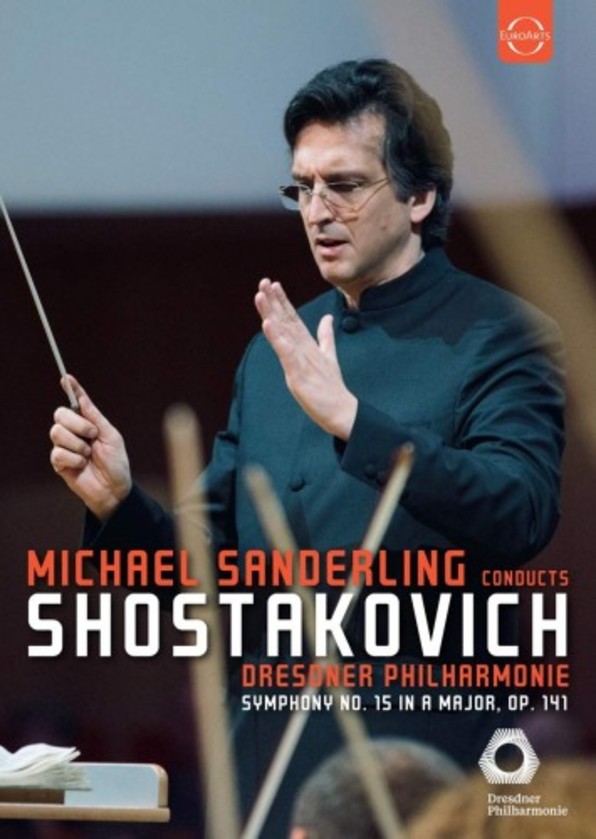 To commemorate the bombardment of Dresden on 13 February 1945, the Dresden Philharmonic, conducted by Michael Sanderling, performed Shostakovichs 15th Symphony.  Sanderling conducts Shostakovich: two names which, in this combination, really make you sit up and notice. With his recordings of the Russian greats symphonies, Michaels father Kurt Sanderling left behind the definitive reference recordings. A legacy too for Michael Sanderling, just as the 15th, Shostakovichs final symphony, was a legacy from the composer himself.

As Dmitri Shostakovich began his 15th and final symphony, he was already physically ailing, but he was able to summon up all his powers for one last time. Compared to many of his earlier symphonies, the works instrumentation is almost reminiscent of chamber music. It possesses traits of a musical journey into his own past.

Against a backdrop of pain and resignation, happiness proves to be illusory. The scherzo has ghostly traits, whereas a theme from the pronouncement of death scene from Wagners Valkyrie introduces the finale, which, after a sonic explosion, ends with great calmness.

The concert was recorded live in Dresdens new concert hall. This venue effortlessly assumes its place in the international league of outstanding concert halls, and is a popular meeting place for classical music enthusiasts.