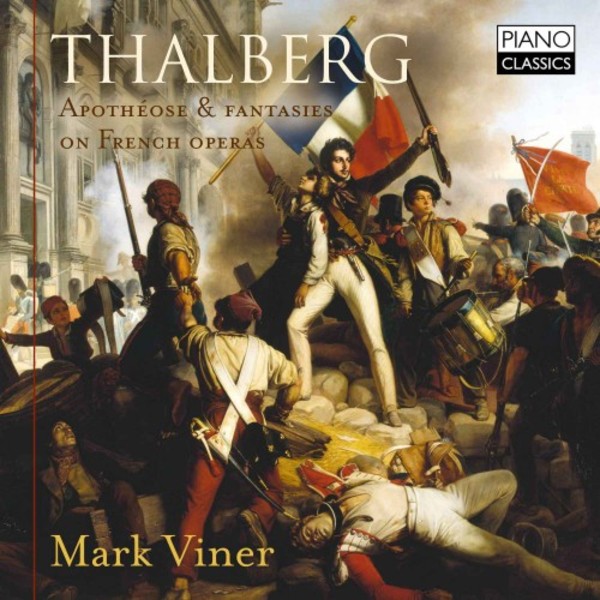 Mark Viners latest release returns to the music of Sigismond Thalberg (1812-1871), a contemporary and serious rival of Franz Liszt. A previous Piano Classics album compiling five of Thalbergs operatic fantasies (PCL0092) drew a glowing encomium from Gramophone for Viners masterly playing: His rubato is subtly, perfectly judged; the piano sings; and from Viners fingers the iridescent showers of notes cascade with scintillating exuberance. His touch and formidable technique are here put at the service of six more fantasies based on themes from operas by Auber, Bellini, Berlioz, Halévy, Mercadante and Meyerbeer.

Thalbergs fantasia on themes from Les Huguenots appeared just weeks after the operas premiere, yet it deftly plays with many of the principal melodies in this epic tragedy in a synthesis all the more remarkable for being written at the age of 24. Belonging to his pedagogical collection of Op.70 pieces, the transcriptions from Bellinis Norma and Mercadantes Il giuramento are more faithful. The fantasia on themes from Aubers La Muette di Portici is more of a virtuoso tour de force from which Thalberg took particular pride, choosing it for his performance to Queen Victoria in June 1844. The Berlioz fantasy is based on the finale of the Grande Symphonie funèbre et triomphale: it provides a suitably barnstorming conclusion to a true celebration of virtuoso pianism.
Mark Viners Piano Classics albums of romantic repertoire off the beaten track have attracted plenty of critical attention for their sympathy and style as Pianist magazine summarised his recent selection of miniatures by Cécile Chaminade (PCL10164): His appreciation and enjoyment of these vignettes is palpable, relishing their wit, whimsy, charm and endearing pictorial qualities.