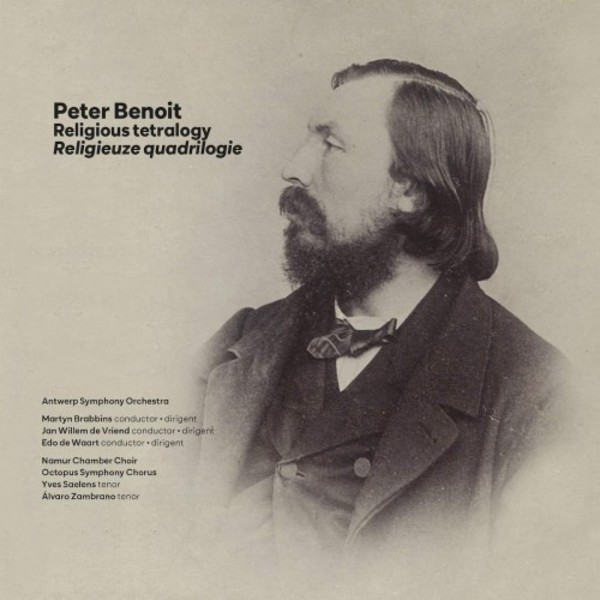 This recording of Noël (1858), Messe solennelle (1860), Te Deum (1862), and Requiem (1863), which Benoit thought of as components in a tetraptych of sacred pieces, continues the Antwerp Symphony Orchestras Benoit cycle, which it launched in 2013 with a recording of the oratorio De Schelde. As an officially recognised Flemish cultural institution, the Antwerp Symphony Orchestra has a remit to preserve and disseminate Flemish musical heritage, and this cycle forms part of that mission.

Recording for the Religious Tetralogy started in 2015 and continued for four years at various locations in Antwerp. Messe solennelle, Te Deum and Requiem were performed in the Cathedral of Our Lady in Antwerp, during the 2015 and 2016 traditional cathedral concerts. Noël was recorded a year later, in 2017, at the Church of St. Charles Borromeo in Antwerp. Each performance was led by a different conductor: Martyn Brabbins (Messe solennelle and Te Deum), Edo de Waart (Requiem) and Jan Willem de Vriend (Noël).