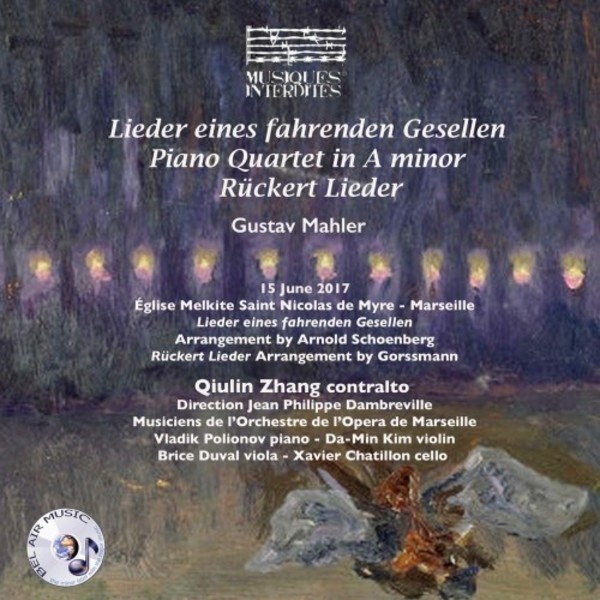 Lieder eines fahrenden Gesellen, orchestrated here by Arnold Schoenberg, is a song cycle by Mahler on his own texts. The cycle of four Lieder for medium voice was written around 188485 in the wake of Mahlers unhappy love for soprano Johanna Richter, whom he met while conductor of the opera house in Kassel, Germany, and orchestrated and revised in the 1890s.

The Piano Quartet in A minor is an early work of Mahlers, the intended first movement of a piano quartet that was apparently never completed. It is the only surviving piece of chamber music without voice composed by Mahler.

Rückert-Lieder is a song cycle of five Lieder for voice and orchestra or piano and based on poems written by Friedrich Rückert.

Educated in China and at the Toulouse Conservatory in France, award winning contralto Qiulin Zhang is widely known around the worlds opera houses for the rare quality of her voice and charisma on stage, allowing her to interpret such varied roles as Maddalena in Rigoletto, Suzuki in Madama Butterfly, Erda in Der Ring des Nibelungen, and the great German Lieder repertoire of Brahms, Schubert and Mahler, the latter represented on this disc with two song cycles.