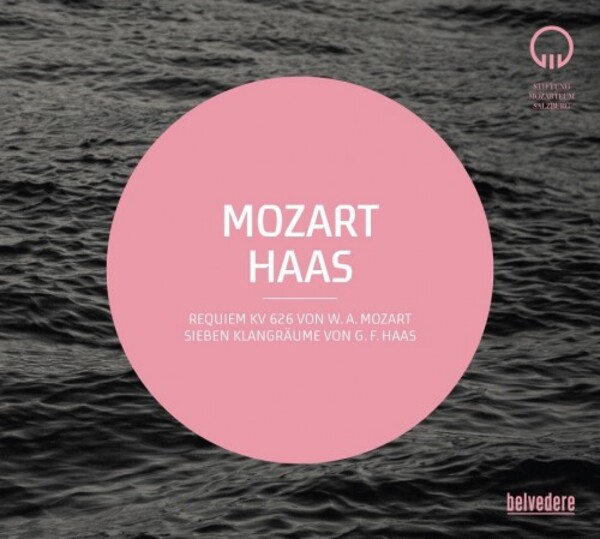 At the end of April 1791, Wolfgang Amadé Mozart applied for the position of second Kapellmeister at St. Stephens Cathedral in Vienna, hoping to inherit the position from Leopold Hofmann, the incumbent Kapellmeister, the City Council of Vienna accepted Mozarts petition in a strongly worded decree used as a basis for the text in the vocal passages of G.F. Haass Sieben Klangräume, accompanying the Unfinished Fragments of Mozarts Requiem K626.

All of the parts of the Requiem, composed by Mozart himself, exist in a complete four-part vocal score with organ bass - only the first movement is fully orchestrated  and contain virtually all of the key musical aspects: theme, harmony, melody, dynamics and modulation. According to Haas, Mozart sketched out the main musical voices for the whole piece, producing almost a skeleton to the work  in other words, fragments of sound. This was the approach used by Haas for his Klangräume (Sound Spaces): In between these fragments of sound, I was able to add a different sound world - one in the style of the early 21st century. Haas responds powerfully to the nature of the fragments. Haas regarded the Requiem fragment as sacrosanct. The only aspect that Haas adopted from Mozart was his orchestration: mixed choir, mostly with four voices, but also extended to include as many as 16 voices for the spoken passages, but no vocal soloists. Haas does not use any musical material written by Mozart. He only uses the key signature of D minor on which he builds a series of harmonics for his composition. However, Haas responds powerfully to the nature of the fragments.

The choir do not sing any of the words from the Requiem. Haas used the letter from the City Council of Vienna answering Mozarts petition for the Position of assistant to the Kapellmeister at St. Stephens Cathedral. Although Mozart is offered the position, he is granted it with such administrative brutality, which shows a total lack of understanding of everything related to art. Haas uses the orchestral instruments to echo and foretell the moods in Mozarts fragments, adding intricate tonal contrasts to the polyphonic richness of Mozarts music. He adopts completely different compositional methods to establish connections to Mozarts composition.

The Rough Guide to Mozart