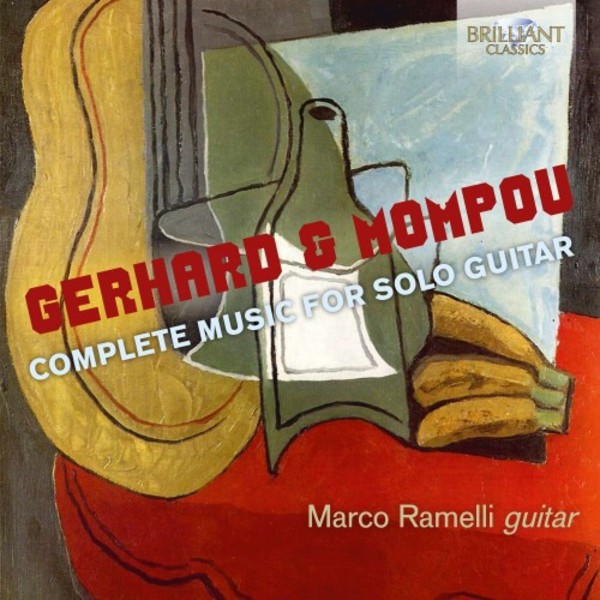 Fantasia
For Whom the Bell Tolls

Fantasia
For Whom the Bell Tolls

The contrasting voices of two Catalan composers, friends in life, now joined together in recording for the first time.

Federico Mompou was the shy post-Romantic, Roberto Gerhard the gregarious Modernist. Quite unalike in personality, in artistic aims and language, the two nonetheless held each other in high esteem.

Like so many other composers, Mompou began to write guitar music having met and been inspired by Andrés Segovia. This friendship principally yielded the six-movement Suite Compostelana. A Baroque construction enclosing a flowing, arpeggiated Prelude, a crystalline Chorale, a searching Recitative and a deftly embroidered Canción, the Suite is entirely original in its themes with the exception of the joyful stamp of the finale which is based on the Muiñeira de Lugo, a typical Galician dance usually played on a form of bagpipe known as a gaita.

In complement to the Suite Compostelana, Marco Ramelli adds a pair of the Cançons i danses, transcribed from the piano originals for solo guitar. These poetic miniatures, mostly gentle in mood, were a kind of diary for Mompou, compiled one by one throughout his career. Their reserved Impressionism perfects a particular personality belonging to The Spanish Guitar. Roberto Gerhard brought its more extrovert side to life with a sequence of incidental music written for a TV adaptation of Ernest Hemingways novel For Whom The Bell Tolls  made in England, shortly after the composer had moved there as an exile from the Spanish Civil War.

For this recording, Marco Ramelli has used a guitar built in 1931 in Barcelona by Francisco Simplicio, one of the most important Catalan luthiers. Its intense and raw sound forms a native counterpart to both the poetic moods of Mompou and Gerhards dissonances.