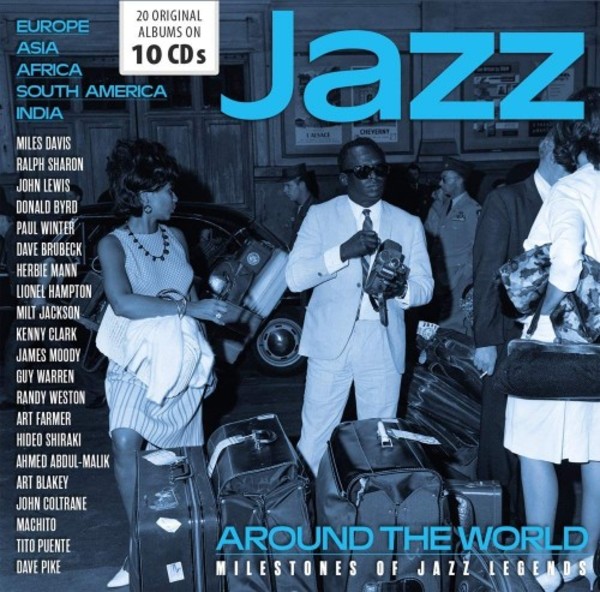 Jazz Around the World

The first Mississippi and transatlantic steamers spread this new African-American pop music across the USA and straight over to Europe, where soloists like Louis Armstrong and Coleman Hawkins, as well as various jazz orchestras enjoyed great popularity from the 1920s onwards. Paris and London were the European centers for American musicians on their tours and soon became their new residences after the Second World War.

The musical ingredients of jazz have been constantly expanded by its internationalization, especially since this music was now being recorded and played by musicians around the world. Art Blakey, Randy Weston and Guy Warren explored their African roots, John Coltrane and Ahmed Abdul-Malik brought in influences from Arabia and India, and bossa nova jazz, performed by Herbie Mann, Paul Winter, and Dave Pike, formed a new link between North and South America. Miles Davis and Gil Evans dedicated themselves to the music of Spain at the beginning of their successful collaboration. Milt Jackson, Donald Byrd and John Lewis recorded musically brilliant albums with European colleagues in Paris. Jazz-loving Japan experimented with the koto and other instruments as a new colour in modern jazz. Dave Brubeck brought in odd meters and worked with music from all around the world, which he learned and studied on-site during his tours.