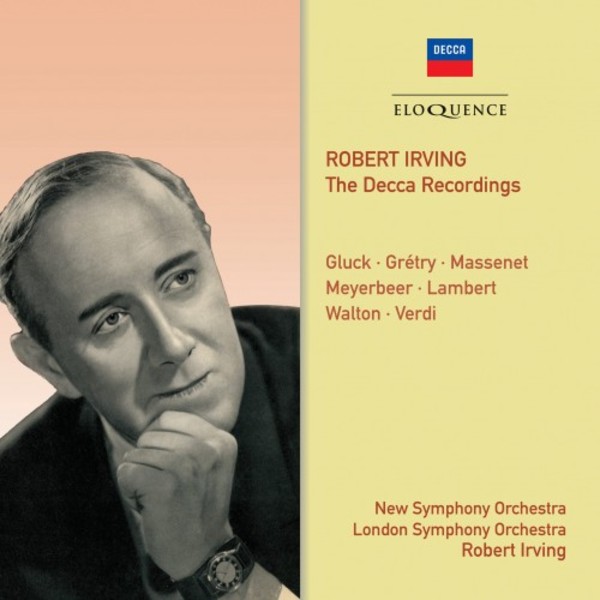 The Lady and the Fool

The Lady and the Fool

Robert Irving: the pre-eminent ballet conductor of his day on home turf and vividly captured in Deccas superbly lifelike late mono sound, with his complete recordings for that label.

Despite bringing the orchestras of both The Royal Ballet and the New York City Ballet to celebrated peaks of brilliance in execution, the conductor Robert Irving left no more than a handful of recordings, nearly all made in the 1950s and 60s. They display his unfailing sensitivity to the needs of dancers, sometimes adopting slower tempi than concert performances but deftly maintaining a lively momentum. The works presented here are a mere fraction of the many important ballet scores Irving was closely associated with during his years at Sadlers Wells and the Royal Ballet, and the recordings amply demonstrate his gifts for musical nuance and spry agility.

Four Decca LPs have been compiled in their entirety for this newly remastered release. The first of them was recorded in July 1952: selections from Massenets Le Cid and Constant Lamberts polished arrangement of music by Meyerbeer for Frederick Ashtons ballet Les Patineurs. In the early spring of 1953 there followed another Ashton commission, Lamberts own Horoscope, and then the two suites from Waltons Façade, interleaved together in the composers own recommended ordering.

On two days in February 1955 Irving and the New Symphony Orchestra (a studio band drawn from Londons ever-whirling pool of talented orchestral freelancers) set down a pairing of Gluck and Grétry from the golden age of French classical ballet, the one grave and gracious (including the celebrated Dance of the Blessed Spirits), the other more lively and comic in spirit. Irvings short career with Decca came to a close later that year with The Lady and the Fool, an arrangement by Sir Charles Mackerras of lesser-known Verdi numbers for a ballet at Sadlers Wells created by John Cranko.

The LSO is on top form, and is persuaded by Robert Irving to give some parts of the enchanting Facade suites more point than I remember hearing ever before ... [a] recording of the very highest quality: this is the best to be had.  Gramophone, July 1953 (Lambert/Walton)

The Suite is perhaps the best possible introduction to [Gluck] ... Ears cannot resist its miraculous simplicity. The disc is a good one, especially in the delivery of a smooth relaxed orchestral sound  High Fidelity, January 1956 (Gluck/Grétry)