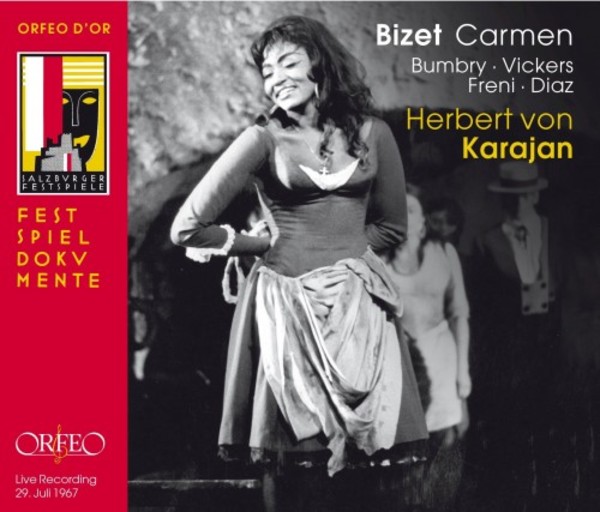 When an event of such worldwide significance as the Salzburg Festival features a box-office success like Bizets Carmen, it is always newsworthy. But back in 1967, we should recall, Carmen was being put on at the Salzburg Festival for the very first time. The expectations were vast, and so no expense was spared. The great stars of the day, such as Grace Bumbry, Mirella Freni, Jon Vickers, John van Kesteren and many more, ensured a cast that even today can be considered ideal down to the very smallest supporting role. And Herbert von Karajan was more than a conductor, he was the director of the production, having full control over presenting the music to full advantage as he saw it from his point of view. Musically first-rate, this staging was, nevertheless, to prove Karajans greatest Salzburg failure. Thus, this optimally restored live audio recording represents yet another Salzburg document released by Orfeo that depicts an objective look across the space of half a century.

The Art of Grace Bumbry